Twice Exceptional: Untangling the Paradox of Giftedness and Autism 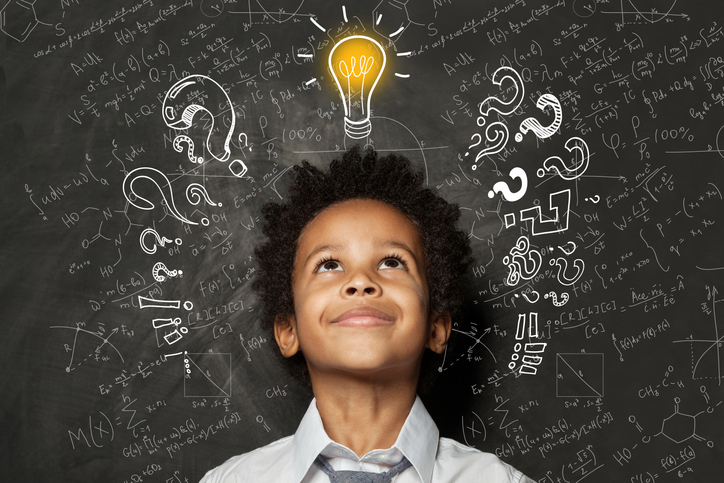 Parents and teachers may wonder if their student is on the Autism Spectrum, or is intellectually gifted, or both. “Twice Exceptional”, or “2e,” are the current descriptors for students who have both a disability and intellectual giftedness. The signs and symptoms, however, are often confusing and even contradictory. This article will explore some of the components of intellectual ability, some of the behavioral challenges of students with Autism Spectrum Disorders (ASD), and recommendations for assessment and educational programming.

As early as 2004, Temple Grandin was voicing concern about children whose stellar intellectual abilities were eclipsed by an Autism diagnosis.1 If the autism diagnosis occurred at all, that label seemed to erase the child’s chances for education geared towards their giftedness. Conversely, students identified with high intelligence may have undiagnosed autism that is ignored or misinterpreted as simple misbehavior or eccentricity.

2e students that are given support to address their unique challenges, and opportunity to enhance their intellectual strengths are likely to have the best educational outcomes. But the path to providing those supports and opportunities needs to be improved. 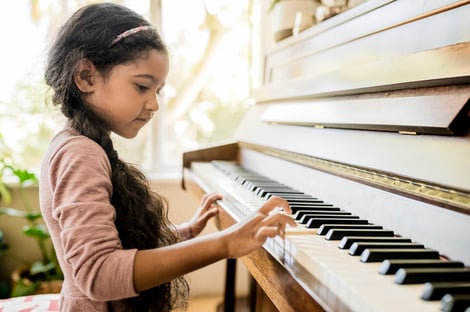 Most readers of this article will be familiar with the diagnostic criteria for ASD; if not, this can be found in other articles on this site or by referencing the Diagnostic and Statistical Manual of Mental Disorders, 5th edition, also known as the DSM-5.2

It may be helpful to start by defining what is “intellectually gifted.”

The current federal definition of gifted students was originally developed in the 1972 Marland Report to Congress, and has been modified several times since then. The current definition, which is located in the Elementary and Secondary Education Act, is Students, children, or youth who give evidence of high achievement capability in areas such as intellectual, creative, artistic, or leadership capacity, or in specific academic fields, and who need services and activities not ordinarily provided by the school in order to fully develop those capabilities.3

How is “intellectually gifted” measured? This is often up to the individual school and their preferred methods of assessment. For example, an individual’s Intelligence Quotient (IQ) may be measured by a variety of different instruments, and these may or may not play to a student’s strengths. Further, IQ tests have been criticized for relying heavily on verbal abilities, and for being de facto tests of dominant-culture knowledge rather than intelligence. This latter criticism is especially important because of its negative impact on children from minority cultures and sub-cultures who may score lower on traditional IQ tests due to the inherent biases of the assessment instrument. Also, standardized IQ and other ability tests are often administered in a group setting, which may be problematic for ASD students who experience discomfort in congregate environments; individualized testing is recommended wherever possible.

A 2012 study4 found high variability in scores of ASD students across a number of assessments, including IQ, academic achievement, and verbal/non-verbal abilities, just as you might expect in a non-ASD population. For example, while many ASD students have cognitive delays, not all such students have cognitive delays. And the students funneled into “gifted” programs may have IQs of between 100 (average) and upward of 120 (clearly above average).

What is the Relationship Between ASD and intellectual giftedness?

One complicating factor in studying this relationship has been the shift from diagnoses of either Asperger’s Syndrome or Autistic Disorder, to a new category of Autism Spectrum Disorder. Prior research had found a correlation between Asperger’s Disorder and high intellectual ability.5 Assessment of cognitive abilities was historically one way that psychiatrists distinguished between a diagnosis of Asperger’s and Autistic Disorder, effectively segregating these two categories according to either intellectual ability (in the case of Asperger’s), or intellectual disability (in the case of Autistic Disorder). With the advent of the DSM-5 and a broad category of ASD, researchers are challenged with reviewing past research and building on relevant findings. 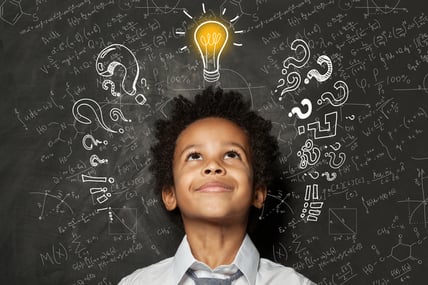 A common thread in the research on persons with ASD and high intellectual ability is facility with both verbal and non-verbal reasoning and who also have deficits in processing speed and working memory.6 Despite their superior intellect, these students also may struggle academically due to communication and social-skills deficits necessary in the social setting of school. Their typically high achievement profile may also cause them to not be referred for proper diagnosis or support appropriate to their disability, as they appear to be doing very well academically. Early intervention is crucial in optimizing the success profile of such students.

Given the high variability of characteristics of gifted students with ASD, researchers have found the need to look beyond the primary relationship between ASD and giftedness to a myriad of other aspects of academic success or struggle:

“[W]hat is the relationship among achievement in reading, math, written language, and oral language and ASD diagnosis, measures of ability, and educational interventions including participation in talented and gifted programs, subject acceleration, and whole-grade acceleration?”7

Assouline and others (2012) found that working memory and processing speed, areas of weakness in the typical ASD student, were positively correlated with a number of academic achievement outcomes: oral and written language, math, and reading comprehension. Not surprisingly, the researchers also found that a small contribution to achievement was simply from participation in a program designed for gifted students. Unfortunately, some ASD students are excluded from such programs due to problem behavior in school.

A major 2019 study8 reiterated many of the findings of prior studies in terms of correlation of abilities and disabilities. Encouragingly, this study found that 2e students who did well academically continually improved over time, more than their non-gifted or non-ASD peers. Those who accessed mental health services benefitted even more. Echoing the earlier study, they found that many 2e students were overlooked and not included in gifted programs due to educators’ lack of knowledge in assessment for either disability or intellectual giftedness. Cain and others found that 2e students were sometimes offered inappropriate services, such as traditional special education programs, or no services.9 Some students developed their own compensatory strategies to deal with academic challenges.

Fundamentally, a number of studies have found that every student is unique; you cannot make assumptions that a 2e student will automatically be good at math, or will be bad at math, for example. It really depends on the individual’s unique profile of strengths and limitations. 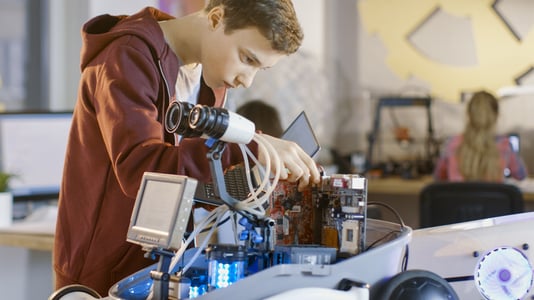 The University of Iowa’s Belin-Blank Center developed a “Packet of Information for Professionals” specific to the needs of 2e students.10 They developed this series of recommendations based on research showing that even the best schools utilize a very generalized approach to identifying gifted students and an equally generalized model for subsequent programming, despite clearly unique talents and challenges of 2e students. The Belin-Blank Center represents one of a growing number of university programs offering opportunity for academic enrichment to pre-college students. If their model could be summarized in one word, it would be “opportunity.” The premise is that if 2e students are given support to address their unique challenges, and opportunity to enhance their intellectual strengths in an academic setting, they are more likely to pursue a path towards optimal outcomes.

Among their recommendations for educators:11

The Belin-Blank Center emphasizes that students with exceptional talents and unique challenges should receive individualized instruction and support that is specifically designed for them, rather than a generalized model of education that will exclude or disenfranchise many.

We can safely conclude that intellectual giftedness does not cause autism, and autism does not cause giftedness. The research shows that while these two characteristics sometimes exist in one human being, they are two separate categories and must be assessed on an individual basis.

Assuming that all gifted students are the same, and assuming that all ASD students are the same, does a disservice to all students. Based on the research, it stands to reason that assessment must be individualized, both for ASD and for giftedness. Most educators are not trained in the assessment and treatment of disabilities, nor in the assessment of giftedness; thus many 2e children will be overlooked and excluded from gifted programs. In all fairness to educators, their plates are full; sometimes these crucial assessment and support tasks need to be outsourced to professionals who are specifically trained to provide such services.

Gifted students may also be overlooked for disability assessment. Thus, not only do we need educators to receive appropriate training to determine which students may require comprehensive assessment for disabilities and intellectual gifts, but schools must be able to refer out for assessment by experts. Educational programs likewise must be developed to meet the unique needs and gifts of each twice-exceptional student. Given budgetary constraints in schools, this may be an aspirational goal, and one for which we must advocate, so that individual weaknesses can be recognized and remediated, and individual strengths can be supported and even expanded. One size does not fit all. 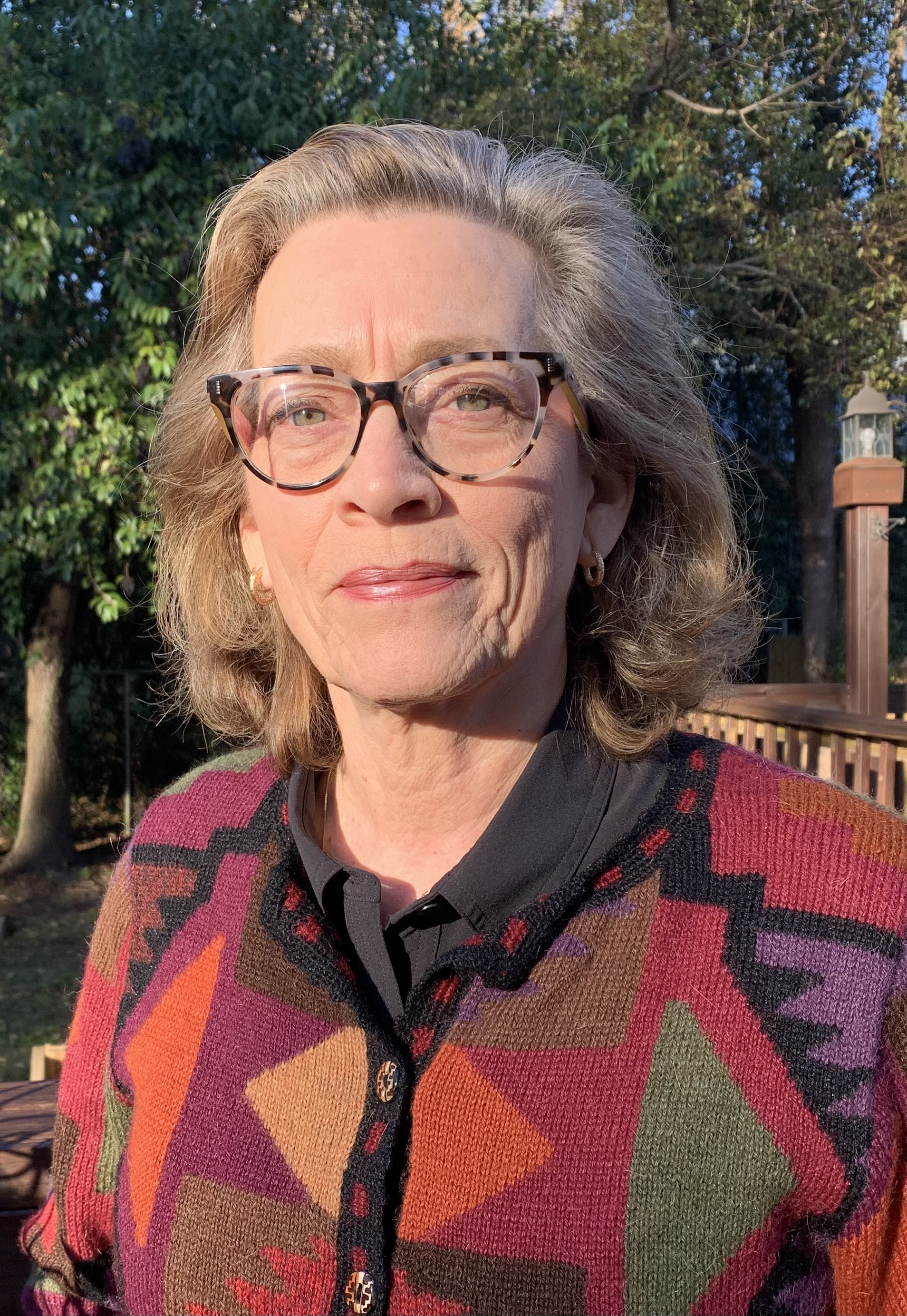 Signe M. Kastberg is a licensed mental health counselor with a PhD in Human Development. She taught and directed a Master’s degree program in Mental Health Counseling. She is a psychotherapist, consultant, author, certified in personality typology and is a board-certified clinical sexologist.