I’ve seen the research, but never actually bought in until I experienced it. I’m talking about teletherapy. If you’ve followed any of my other posts about ARIS, then you’ll know I have been like a kid in a candy store—and now I’m finally getting to begin some implementation.

Like many educators in the past year, I stumbled upon virtual instruction purely by necessity. I needed to find a time and way to start working with my brother Tommy on some of the ARIS lessons, but our schedules weren’t matching up. He’s in a residential setting where staff members rotate or switch shifts, or he visits my parents out on their farm. When he is at his group home, I might be busy juggling my two kids’ schedules, so it just seemed like a nightmare to find a time to actually start working with him. Enter in, teletherapy.

I’ll be honest, when I first set up a session with my parents, I prefaced it by telling them I wasn’t sure it would work at all. Deaf with severe autism, Tommy is lovingly described by my parents as “Roger Rabbit.” He’s constantly on the move and in his 29 years, has really only conversed with me on a needs basis. Even those conversations are pretty short before he’s off to the next thing. Pair that with the fact that he has never received ABA services or participated in Zoom and I knew I was living on a prayer.

Getting Ready for a Virtual Session

To prepare for my first session, I started by getting reinforcers ready if by some miracle he would actually attend and engage with me. My brother is incredibly interested in machines or things that spin—fans, dishwashers, lawn mowers, bikes—and the predictable excitement of rodeo and organized sports. I made a “Tommy’s greatest hits” PowerPoint that I could quickly switch to for the videos when reinforcement was necessary.

Next, I had to think about what lesson to teach with him. His limited verbal skills and deafness made it a bit challenging to consider at first. Since this was just a test run and I wasn’t “bought in” yet, I decided to teach him expressive colors. He already knows how to sign a lot of different colors, but I wanted to target “gray” and “brown.” He has pretty strong imitation skills already so I thought those prompts I provided on the screen, in addition to my parents seated next to him to prompt as needed, might allow expressive teaching to be the best dipstick for seeing if this is a viable option for him.

When the session started, it was like magic for me. Something just clicked for him. Our first session was just a bit over 15 minutes and those were some of the most incredible moments I’ve shared with my brother. Not only was he actually learning how to say/sign new or rarely used vocabulary, but he was really watching me and communicating with me.

Our session was not textbook perfect by any means, but the connections I saw him making gave me hope and even made me excited for future progress.

His building connections between the things I was teaching him made me feel like we were having an actual conversation about what was going on in his world. His level of focus was incredible and he was thinking about the information on a deeper level than simply recalling it.

Take-aways and Next Steps

I was completely blown away and have watched my recorded session with Tommy multiple times. I just played it again. Seeing his engagement, joy and learning throughout the process warms my heart and confirms for me that ARIS can work in a virtual setting.

I have already began to coordinate and schedule follow-up sessions with my parents; next up, we will start to target those lessons that I’ve mentioned in a previous post on prioritizing skills and being realistic. The biggest challenge I think will be remotely teaching things like matching and receptive identification skills when he doesn’t have the materials there with him.

The GOOD NEWS is that Stages has been working on the release of a virtual platform called Stages Learning Line,   which will allow educators to more easily teach those skills that are harder to get across without the facilitator being there in person. The platform will have prompting systems built in, reinforcement available more quickly through the app itself and seems sure to make using the already-great lessons more transferable to a video session.

So I will continue to plug away in using ARIS in Zoom sessions, with my brother following along with the lesson guides in the folder as we eagerly wait for the online platform to drop this Fall.

If you’re like I was—not totally sold on implementing ARIS online—check out my session with Tommy to see some of the key moments I described in action. Then, you might become a believer like me!

Have you used ARIS for students online? What has your experience been? What features are you hoping for or looking forward to in the upcoming Stages Learning Line online platform 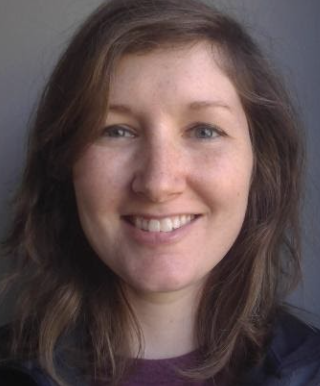 Frankie Kietzman is a behavior coach for the Olathe School District in Olathe, KS. She has experience teaching as an elementary teacher, self-contained autism teacher for elementary and secondary students, autism specialist and now as a coach for teachers in dealing with challenging behaviors. Frankie’s passion for supporting children and adults with autism originates from growing up with her brother who is deaf and has autism. As one of her brother’s legal guardians, she continues to learn about post-graduate opportunities and outcomes for people with autism. Frankie’s dream is to bridge general and special education to create a more inclusive culture. She has a passion for peer-mediated interventions, social emotional learning, visual supports and community-based instruction. Frankie has a Bachelor’s degree from Kansas State University in Elementary Education, a Master’s degree in high and low incidence disabilities from Pittsburg State University and in 2021, completed another Master’s degree in Advanced Leadership in Special Education from Pittsburg State University.