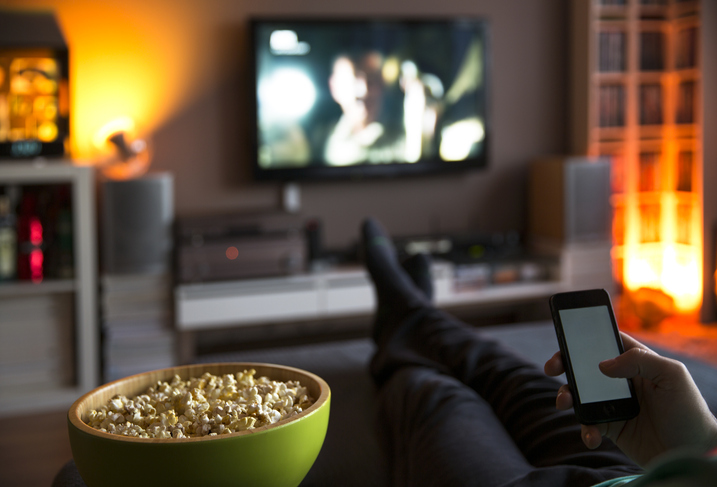 In recent years, we have been seeing more diverse representations of autistic adults in the media, including regular characters featured on long-running and well-received TV programs.

However, for a long time characters with autism in the media have been relegated to a handful of stereotypes, with most characters being male and white, with a prodigious talent in math. Until recent years, the majority of children diagnosed with autism were young white boys, due to a number of factors. The prototypical model of what autism looked like when first categorized by researchers like Leo Kanner and Hans Asperger was a young white boy, usually from a middle class or more affluent family who could afford to have their child be part of experimental diagnosis testing and treatments. 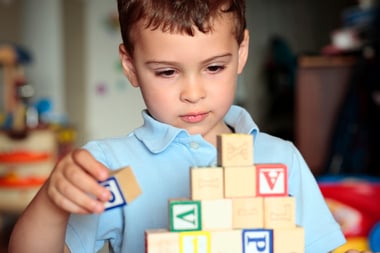 Today boys are still more likely to be diagnosed than girls and a misconception persists that boys are simply more likely to be autistic than girls. However, research in the field has begun to shift the narrative, saying that girls go underdiagnosed because our understanding of autism is only based on how it presents in boys - we need to expand our understanding of how autism presents differently in girls.

With all that said, we are starting to see a change - more and more professionals and members of the autism community are recognizing these biases and talking about them. Along with this increase of knowledge, we’ve also seen the representation of autism in fiction begin to shift ever so slightly. In the last decade, there has been a boom in the number of authentic and diverse representations of autism in the media.

Here are some of our top favorites from recent TV series:

Abed Nadir is part of the ensemble cast from the much loved show Community, which is now available to stream on Netflix. While on the show Abed is never out and out confirmed to be autistic, the first episode does have the main character declare he has “Aspergers” and later on Abed refers to the fact that he has a “developmental disability.” However, we know Abed is autistic with thanks to the creator of the show Dan Harmon, who in the process of writing Abed also realized that he is autistic himself, showing that going undiagnosed into adulthood can happen to anyone!

Abed’s character is loved by many autistic fans, who recognize an authentic and nuanced portrayal of themselves that doesn’t cater to stereotypes. Julia Bascom, the current director of the Autistic Self-Advocacy Network, wrote a popular blog post about her joy at seeing Abed on screen called, “Someone who moves like you.”

Abed breaks a few stereotypes about how autism is typically portrayed in the media. He is a Palestinian-Polish man with an Islamic upbringing and his main interests revolve around his love of TV and movies. When most autistic characters were still portrayed as lovers of science and math, Abed wanted to be a filmmaker. His character is grounded by the stories in his life and he frames most of his understanding of the world around him through fiction. This is something many autistic fans of the show have been able to say they relate to, not to mention creator Dan Harmon himself.

Abed even pokes fun at some other portrayals of autism in the media that are less progressive and use autistic characteristics as an inauthentic plot device. When asked by another character to analyze a crime scene because he’s “special,” Abed stands up and pretends to assess the scene, saying he sees “mildly autistic super-detectives everywhere ... basic cable, broadcast networks ... pain ... painful writing” before dropping his expression to a deadpan and leaving the room.

Abed is played by Dani Pudi, who is not autistic himself, but fans have praised his portrayal, down to the way he walks, and Harmon’s subtle writing of less-obvious autistic experiences, such as Abed being unable to read analog clocks. Abed is a character who greatly values art, his friendships, and his romantic partners throughout the series.

You may be more familiar with the character Max Braverman from the NBC hit Parenthood, a young boy diagnosed with Asperger’s in the pilot episode of the series that then follows his and his family’s journey into the world of autism. However, there is another autistic character in the series, introduced in the fourth season - a middle-aged man named Hank (played by Ray Romano) who runs his own photography studio.

When we are introduced to Hank, neither he nor the audience knows he is on the spectrum, however he develops a close relationship with Max who becomes interested in photography. Hank acts as a mentor towards Max and as he learns more about autism for Max’s sake, he begins to recognize himself in what he reads. Hank later goes through the journey of seeking a diagnosis but being told it will be difficult for him to be diagnosed as an adult, as well as expensive. Instead, Hank decides to self-identify as being on the spectrum due to the tremendous clarity it brings to his life.

Many adult autistic viewers could identify with his journey of discovering that they are autistic later in life. A few of the marvelous things about Hank’s character that break stereotypes include that he is an independent adult, who owns his own business in an artistic field, has a daughter, and acts as a mentor to a younger boy on the spectrum. He also has a romance storyline with one of the main characters of the series, Sarah Braverman, and the series finale ends with their much anticipated wedding.

The entire series is currently available to view on Hulu.

3 - 5) Matilda, Drea, and Nicholas from Everything’s Gonna be Okay

With Freeform’s heartfelt sitcom Everything’s Gonna be Okay you get three great autistic characters for the price of one. The series follows a 20-something gay man named Nicholas who becomes entrusted with the care of his two half-sisters, Genevieve and Matilda, following their father’s death. Matilda is a young woman, recently turned 18, with autism. The way the show writes Matilda has been praised from the start, with her being a self-possessed confident young woman who is skilled enough at piano to be accepted in Julliard and who is exploring her budding sexuality.

Midway through the first season, Matilda begins dating another female classmate on the spectrum named Drea. They navigate love and sex and how their autism presents differently (for example, Matilda is hypersensitive to touch while Drea is hyposensitive). Matilda is a very sexually intrigued young woman, which flies in the face of many stereotypes of autistic people as asexual, however Drea herself discovers that she is asexual during the course of their relationship, showing that diverse sexuality exists on the spectrum as much as it does in the general population.

Both Matilda and Drea are played by young women on the spectrum and the actresses, Kayla Cromer and Lillian Carter, also act as consultants on the series. The second season has recently finished airing, with the entire series to date available on Hulu. With the announcement of the second season, series creator, writer, and actor for Nicholas’s character, Josh Thomas, revealed that he is also autistic.

Josh Thomas discovered that he was autistic through the process of writing the characters for the show. He reports that when he began to suspect he might fit the diagnosis, he asked one of the consultants on the show if she thought it was possible, to which she immediately responded, “I can set up an appointment for you.” Autistic fans of the series had in fact been saying that they read Nicholas’ character as autistic since season 1. Josh Thomas largely bases the characters he plays off his personal life, so it is not surprising that in the second season he decided to also have Nicholas’ character mimic his journey of self-discovery.

In the final two episodes of the season, Drea’s mother suggests that Nicholas may be autistic after a series of communication breakdowns cause his then boyfriend Alex decides to dump him. Nicholas is doubtful at first but with the encouragement of his sister Genevieve he begins exploring the possibility and taking online assessments - a process that rings true for many late-diagnosed autistic adults. Nicholas ends up going to get an official assessment and is diagnosed, eventually sharing the revelation with his ex-boyfriend. One of the most powerful moments of the nascent storyline is when Alex upon learning that Nicholas is autistic says he’d like to get back together because by being diagnosed Nicholas is “finally working on himself.” Nicholas rejects this notion, reminding Alex that there is no cure for being autistic, and tells him they shouldn’t get back together - instead he should find someone who doesn’t want to change him and Alex should find someone who he doesn’t want to change.

The nuances of Nicholas’ journey in discovering he is autistic have been fantastic thus far and we hope the show gets renewed for a third season so everyone can spend more time with this excellent and authentic cast of diversely autistic characters.

Let us know if you have seen any of the shows on this list, what you think of the characters, and how well they represent the diversity of autism! Do you have another show we should add to our list that has an autistic character? 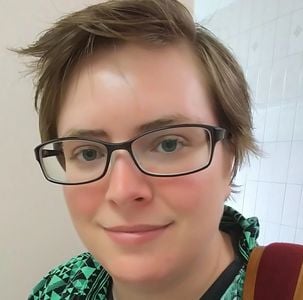 Christa Mullis is an Autism Accessibility Specialist and educational coach for teens and young adults on the spectrum. She is also the founder of Spectrumize: Organization for Autism Accessibility (https://spectrumize.net/), where she helps families, educators, and community members create homes, classrooms, and public spaces that are accessible and accommodating to autistic individual’s unique strengths and needs. Christa received her Master’s degree in Educational Development with a focus in Special Needs and Inclusive Education from Hiroshima University’s Graduate School of International Development and Cooperation. She has worked with autism communities around the world and hopes to continue making positive changes in recognizing the strengths of autistic children and creating a more welcoming world for them to thrive.