World Autism Awareness Day 2019: A Look Back and a Look Forward 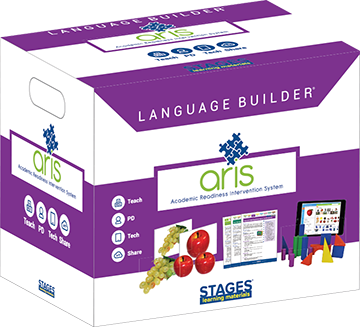 Tracing the journey of improved diagnoses, treatment and

educational outcomes for children with autism

“highlight the need to help improve the quality of life of those with autism so they can lead full and meaningful lives as an integral part of society.”

The UN acknowledges that despite the increase in autism awareness over the past several decades there remains a stigma related to neurological differences in countries around the world.  In order for adults with autism to fulfill the UN’s maxim of living complete lives in their home communities, significant supports and services often need to be made available to them throughout their schooling and into adulthood.  These support have evolved just as the criteria for autism diagnosis, autism education, and special education legislation has evolved over the years.

Since it was first described in 1943, autism has been considered a myriad of disorders, from emotional disturbances to psychiatric conditions including childhood schizophrenia, and at one point was even determined to be caused by unloving, unemotional mothers.[i] By the 1970s, most people, including professionals such as psychologists, doctors, and teachers, were still unfamiliar with autism, and precise, accurate diagnoses were hard to come by.  Schools were not always welcoming or accepting of students with disabilities, often encouraging parents to pursue institutionalizing their children with autism.  During this time, many public schools excluded those with disabilities and it was perfectly legal to do so.[ii]

Parents had to fight for their children to attend public schools, and even after the Education for All Handicapped Children Act (EAHCA) was passed in 1975, mandating that students with disabilities have equal access to education in public schools, services were often inappropriate or lacking for students with autism.  Many families, frustrated with the lack of understanding and support from their public schools and the inability of the schools to provide supports such as occupational therapy, behavioral therapy, and instruction in social skills, chose to homeschool their children with autism in order to provide a more individualized and appropriate education.

It wasn’t until the Diagnostic and Statistical Manual of Mental Disorders (DSM) III was published in 1980 that autism was recognized as its own diagnosis, with a basis in biological brain development, and specific criteria for diagnosis was outlined.  In 1990 the EAHCA was amended to include autism as a new disability category unto itself.  However, many students with autism still did not receive appropriate, quality educations, and their “special” education often took place in separate classrooms with learning objectives that were different from that of their classmates without disabillities.  Many parents still chose to homeschool or send their children to private schools where they received more individualized instruction.

In 1997 the Education for All Handicapped Children Act became the Individuals with Disabilities Education Act (IDEA).  An important amendment to this legislation called for all students to have access to the same curriculum causing schools to rethink what their students with disabilities were learning and how it was being taught.[iii]  Today the IDEA requires “early intervention for students, greater accountability and improved educational outcomes, and raised standards for instructors who teach special education classes.”[iv] This focus on improved educational outcomes, including post-secondary education and employment, aligns with the UN’s tenet that people with autism deserve to be integral members of society, just like everyone else.

ABA can be used to improve competence in areas such as communication, language, and social skills, daily living and self-help, play and leisure time activities, and learning and academic skills in school.[vi] Today ABA is often seen as the gold standard of autism therapies, but in the 1990s and early 2000s it was not widely known or utilized except in private therapy sessions or in private schools with specially trained professionals.

Learners with autism can vary widely in their overall development, skills, abilities, and cognitive functioning, and individuals will present differently, just as any other learner in the classroom.  Yet students with autism often share characteristics that can and should be addressed for optimal educational experiences.  Such traits include:

Over the years, tools, supports, and curricula have been developed in addition to, and often in collaboration with, ABA therapies to aid students with autism in school and classroom settings to attend to these characteristics.  Examples of these include:

In the 1970s and 1980s many parents, particularly those who homeschooled their children with autism, had to create their own materials like visual schedules or picture supports because they did not exist commercially.  Special education teachers and other clinicians in private schools or therapeutic settings may have had access to items such as therapy balls or putty from clinical sources such as OT providers, but often also made their own materials, particularly as they saw what supports and strategies were helpful to the students with whom they were working.

As ABA became more widely recognized as a valuable therapy and research-based strategies for helping students with autism succeed in the classroom became known, companies began producing commercially-available products for autism education.  For example, in 1997 Stages Learning Materials was founded and the Language Builder Picture Cards were introduced. The creator and CEO of Stages, Angela Nelson, developed these original tools as a student working with families with children with autism under the guidance of Dr. Lovaas. Materials such as these were a welcome and greatly appreciated tools for special educators, because tools designed especially for children with autism did not exist commercially at this time.

Over the last 25 years new materials have continued to be developed and have become widespread in clinicians offices, special education programs, and finally general education rooms and families’ homes. These new tools, such as the Stages Language Builder Picture Cards have made a positive impact on countless students’ lives because they are research-based and developmentally appropriate. They have also become the tool of choice for new research underway for better teaching methods for children with autism.

Stages Learning Materials is excited to continue this trend with their newest product: Language Builder®: ARIS (Academic Readiness Intervention System).  ARIS is the most complete early autism education curriculum available today, with everything teachers, therapists, or support staff need to provide ABA-based instruction in the general or special education classroom.  All materials, lesson plans, data sheets, and home communication sheets are included to create a comprehensive resource for professionals and parents supporting learners with autism.

Stages is also in the process of translating articles about autism diagnoses and treatment, with help from students at the Harvard Graduate School of Education into different languages to share information with other countries. Articles in Spanish and Chinese have now been viewed by more than 20,000 readers across the world.

Using World Autism Awareness Day as a time to reflect on autism it is apparent that gains have been made to understand, accept, and assist those with autism as they seek to lead full, meaningful lives.  Even as there remains much work to be done to fulfill the UN maxim, society’s greater awareness and understanding of those with autism, coupled with products such as Language Builder: ARIS, create a future where people with autism can learn and thrive as they develop to their full potential.

[i] Cold parenting? Childhood schizophrenia? How the diagnosis of autism has evolved over time

[iii]  Timeline of the Individuals with Disabilities Education Act (IDEA)

[iv] Timeline of the Individuals with Disabilities Education Act (IDEA)