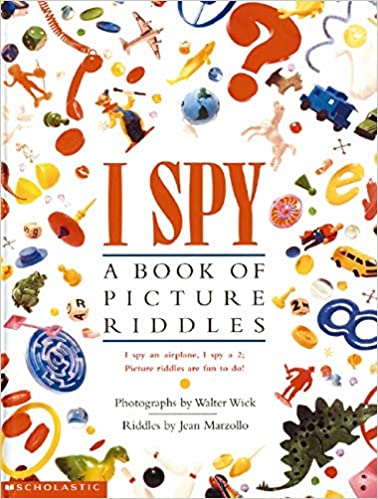 As teachers, there are many fun and engaging activities that you can do to support children’s expressive language development while developing the whole child including the games and activities below. Also, for additional language devilment, the Language Builder: Academic Readiness Intervention System (ARIS) uses the Language Builder Picture Card sets with 3D manipulatives, detailed lesson plans, activity sheets, and a system for record keeping. Within these lessons are a wealth of resources and teacher supports to facilitate learning for children with autism.

Books are a great way for children with autism to work on their expressive language skills. What better way to learn than by turning it into a fun game! You can do this by using the classic children’s game I Spy to help practice identifying objects in books. As you give your students clues of the things that you see, try to make them increasingly subtle or more difficult depending on the students’ abilities and comfort level. For an even deeper level of learning, add more picture books to the table or hand the student a real object (such as an apple), and ask them to find the object in the book.

As students are learning nouns, they can practice expressively labeling nouns in multiple categories. One way to do this is by hanging string across a room and utilizing the Language Builder: Picture Nouns. By placing the target photo noun cards inside sheet protectors along the string, you can ask the student to look for specific nouns or point to a card and ask the student what it is. To make it more complex, try hanging up another string of target photo noun cards to make it feel more like a maze!

One important component of expressive labeling is being able to identify familiar people. As students are working on expressively labeling familiar people, try playing Guess Who Memory. In this game, you would make two copies of each photo card of the student’s familiar people. Then, you would shuffle the cards and place them face down in a grid pattern. As the student flips the cards over two at a time to find a match, ask them, “Who is this?” When the student finds a matching pair, they keep the pair and the game continues until all the matching pairs have been found. You can also be sure to provide an easily identifiable feature to say each time the card comes up. For example, you can say “Mom has long hair” every time that the student flips over the “Mom” card. One way to reduce the rigor for students is by beginning the game with all the pictures face up.

A fun and engaging game, this activity involves a fly swatter! Begin by placing 10-15 familiar target nouns onto a table or wall. After calling out the target noun, allow the student a few seconds to find the corresponding photo card and swat it. You can increase the difficulty by swatting two to three noun cards in a row and asking the child to imitate and respond with the name of two or three nouns in quick succession, using the “and” conjunction.

This game allows students to practice expressively identifying men and women in 61 different occupations by using the Language Builder Occupation Cards. As the teacher, you might begin by asking them to pick a card, and then asking them questions that help jog their imagination. For example, you may ask “What does a ____ do?” or “How does a ____ help the community?” Then, you would engage the child in role-play by acting out “on the job” scenarios. To make it even more fun, use costumes or household and classroom props to enhance the role-play!

As children with autism are learning their colors, being able to expressively label colors is extremely important. One way to facilitate this skill is through a hands-on, sensory activity that introduces how colors can be mixed to make new colors. Once the child can identify colors on cards, pour in a half a cup of milk in a clear container and then hand the student a color card. Then, hand the student the matching food coloring. The student would then dye the milk the color that matches the card. As the student swirls the milk with a spoon, ask them to identify the color they just made. Continue doing this with all the primary colors. Once the student is ready for more of a challenge, introduce secondary colors by mixing cups of primary colors. With each new color created, ask the student to identify the color and the corresponding color card.

This activity uses the Language Builder Verbs and Action Words set from ARIS. In this activity, you would choose about 20 target verb cards to review and put them in a box or bucket. Then, without looking or showing the student, reach into the container to choose a verb to mime. After imitating the action, ask the student to identify the verb. If they are correct, the student gets to keep the card. This is a great activity to get children with autism moving while deepening their expressive language skills!

One activity that can be very simple and adapted for any space is a room tour. In this activity, you would begin by placing colorful dots or stickers on target objects in an environment. These may be objects that the child enjoys, or other target objects in the room. The student will take you on a tour of the room, and as you both walk around, you would ask them what the various objects are. This will allow the student to deepen their expressive labeling skills, within a familiar environment.

Another important component of expressive language development is being able to respond to questions using full sentences. In this activity, you will need a book or a sheet of stickers that feature animals or familiar objects the student may enjoy. Using markers, draw a simple landscape scene of a familiar place, leaving out characters and keeping the landscape sparse. Then, allow the student to stick stickers onto the scene, adding characters and objects in the story one at a time. The student would then describe what is happening in the picture in full sentences. Pro tip: allow the student to draw the background to bring out those art skills and laminate the background scenes to make this a reusable activity!

One way to practice receptive labeling is by singing a classic song, Head, Shoulders, Knees, and Toes. However, one way to practice expressive labeling is by trying out this activity, Monster Dance! In this activity, you would either prepare a drawing of a wacky monster or draw a wacky monster with the student. Then, you would point to each body part and ask the student what it is. Once the student answers correctly, the student would then point to the same body part on their own body and say the name of the body part. To increase student engagement and rigor, you can point to three body parts, one at a time, and ask the child to do a “dance” using those three body parts!

These games and activities are sure to facilitate expressive language development for children with autism. Happy teaching! 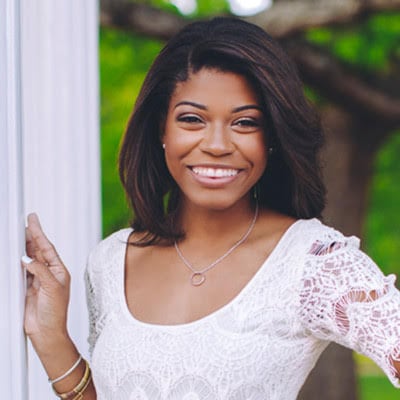 Madeline Burroughs is a Specially Designed Instructional Coach at two high schools in Fulton County Schools in Atlanta, GA. In this role, she works to coach special education teachers in providing systematic, specially designed instruction that effectively targets students’ strengths and needs. Madeline received her Master’s degree in Education Policy and Management from Harvard Graduate School of Education in May 2019, and hopes to continue to serve as an advocate for all students with disabilities throughout her career.