My Thoughts on School Experiences and Being on the Autism Spectrum

First Hand Experiences of Being a Student with Autism

As an individual with Autism Spectrum Disorder, I have found myself reflecting on both the challenges and strengths that my differences have brought me. On one hand, I had a rather hellish experience with school for much of my kindergarten through twelfth grade career, and I had social difficulties that resulted in my not having many friends growing up. On the other hand, academics and computer-related skills were always easy for me and the unique personality that my autism helped to create (although misunderstood at times) was occasionally endearing to people. Although this is clearly a mixed bag of positives and negatives, I am very proud of who I am and I cannot even imagine how being any different would improve my quality of life. 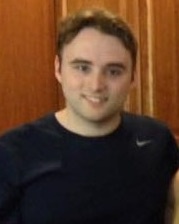 I was born in 1992, when autism was in the early stages of public recognition. When I was 18 months old, my parents began to notice that there was something different about me.

They would call my name and I would not respond in any way. I also began to engage in hand flapping and would have at least one daily “meltdown.” These symptoms lasted over a long period of time, and my parents took me to see several doctors and developmental specialists. In 1994, when I was about two years old, a diagnosis was confirmed of PDD, or Pervasive Developmental Disorder. My parents were very concerned, as the major public image of autism at that time was the stereotypical “Rain Man” presentation. They were concerned that I would be unable to communicate with the world and be lost in a trap of ritualistic behavior.

However, my parents were very quick to put me into an early intervention program, where I was lucky enough to receive the support of two very caring professionals who became well known for their expertise in autism treatment. Over time, I learned how to verbalize my thoughts and feelings through speech, and I also learned how to play with others through the use of basic games. These games were designed to teach me how to socialize while keeping my sensory needs in mind, such as a tickling game that provided me with the stimuli that I needed to regulate myself. Over time, I was eventually placed into an integrated preschool program that had other students with autism alongside typical peers in a small classroom.

As time progressed, I was able to spend more and more time in inclusion settings, and, by the time I was in kindergarten, I was included in general education for most of the school day (accompanied by an aide). This arrangement continued through the sixth grade, but it was not without its problems. Some teachers did not have experience with teaching students who had my challenges. I was able to detect their frustration, and I responded with resentment and anger. I also had difficulty with navigating some of the aspects of school that other students seemed to understand immediately. For example, I struggled heavily with transitioning from one activity to the next, especially when classroom routines were not followed. I often received warnings from teachers when the schedule for the day would change, allowing me to be prepared in advance for these events. Although these supports helped me, I still experienced significant social difficulties during my time in grade school.

The strange sense of humor that resulted from my looking at the world differently had won over several of my classmates. I was always the kid to go to if you were looking for someone to joke around with, and I will always remember the good times that I had at birthday parties and at friends’ houses. However, the stimming from my early childhood remained with me, and my hand flapping and jumping resulted in much ridicule. I was regularly called names such as “sped” and “retard” because of my social skills deficits, and I did not understand why I was being teased. Today, I understand what happened and it saddens me because it was something that wasn’t in my control. I always had friends who would stand up for me when I was in trouble, but I was still very upset about my situation.

After I finished 5th grade, it was decided that I would no longer have an aide. The IEP Team felt that an aide was too stigmatizing for a middle school student, and my negative behaviors had improved significantly as I grew older. However, the consequences of this decision were almost immediate. During the first week of my 6th grade year, there were some incidents where I was physically assaulted by a peer. Because the school district did not have the resources to deal with such issues, my mother pulled me out of school because I had become extremely anxious and depressed. I spent my entire 6th grade year at home, receiving tutoring services instead of instruction and attending occasional social groups for adolescents with Asperger’s.

When I was in 7th grade, I entered a small preparatory school, which was much different from the schools that I had previously attended. It was set in a home-like atmosphere where two dogs roamed the campus, and the kids who were in my class were very accepting of me and my differences. In fact, on my first day at the school, I sat with a group of students at lunchtime who would be my friends for the remainder of that school year. For the first time in my life, I could hang out with a group of kids without a hidden fear that they would soon find me tiresome and reject me. I sat with them every day, and I also started to become friendly with the kids who weren’t members of that group. My teachers told my mother that I was well liked at the school, and my mother was willing to make the financial sacrifices that were needed to keep me there.

After that year, the students who I hung out with had graduated from the 8th grade, and I was left alone to finish my term at the school. I became deeply unhappy as the kids who were my new classmates showed a great deal of social immaturity in contrast to the kids who were in my class the year before. Not a day went by without some sort of drama in the middle school group (although I tried my best to stay out of it). Also, the bullying that I struggled with as a child reared its ugly head again, although this time it was much more subtle. It was time for me to leave again.

There were 11 kids in this entire middle school, and I wanted to go to a high school that was somewhat larger, but still supportive in nature. My parents and I found a school that fit the bill perfectly. This school was still small (with only about 50 students in the high school, in contrast to 11 middle school students and 2 students in my 8th grade graduating class), but I was able to meet a larger variety of students and I still had a supportive atmosphere that could help me with any difficulties that I was having. This support was highly important as I struggled with the transition to high school. The more intense academics overwhelmed me and I regularly received low grades on my work. Also, many of the other students in the school knew each other from middle school and so I felt somewhat isolated in my lack of shared experiences with them. I often felt depressed in school and I even begged my parents to let me return to public school, arguing that I at least knew people there who I liked.

However, towards the end of my sophomore year, there was a turnaround in my school experiences. As I became more comfortable, I tried my chances with hanging out with the group of students with whom I would eventually spend the rest of high school. At first, there were some social missteps on my part, where I would take jokes too far and make several conversational mistakes in a row. However, being the kind and warm students that they were, they forgave me each time and eventually came to accept me as a vital part of their group. In fact, when I was a junior, I was able to have a large group of friends over to my house for the first time since I was in elementary school! As my high school days progressed and eventually came to an end, I felt happy and proud of myself for overcoming several obstacles, making lifelong friends, and honing the academic skills that would be vital for my college and graduate school careers.

Overall, I feel that my time in formative education helped me to grow as a person. I have become much more accepting of those who society considers “different” and I am less afraid of interacting with others than I have ever been. My experiences with teachers and peers have allowed me to feel very comfortable with self-advocacy, as I now know that people will be much more understanding if I tell them more about myself. I hope that reading this blog entry will give people with Autism Spectrum Disorder (or their parents) hope and encouragement as they move through the educational system, and I wish these individuals nothing but the absolute best.