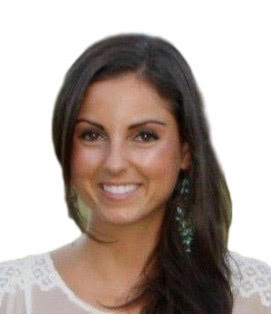 Affinities, Avatars, and Autism: Oh My!

Learning empathy from Simba. Recognizing emotions with Ariel. It may seem unconventional, but the inspiring story about Owen Suskind, an autistic child depicted in the book and adapted award-winning documentary, Life, Animated, illustrates an innovative therapeutic approach for autism: social and emotional skill building through communication with affinity-based avatars.

As portrayed in Life, Animated, Owen’s parents, Ron (author of the book) and Cornelia, leveraged their son’s love and comprehensive knowledge of Disney films in order to connect with him. Following a period of time in which he had lost the ability to speak, Owen was subsequently diagnosed with regressive autism. His unrelenting parents, searching for a remedy, stumbled upon a fortuitous opportunity in which they could re-engage with Owen. The breakthrough moment involved communicating and role-playing in Disney dialogue and story lines to reach and reconnect with their son, helping him “make sense of the world” (www.Sidekicks.com).

The success the Suskind family achieved through utilizing Owen’s special interests in order to motivate, connect, and engage with him suggested the possibility of replicating this novel therapeutic method with other autistic cases. It has even led to the proposal of a study to test the approach to be conducted by several prominent researchers from Yale, M.I.T., and the University of Cambridge. The researchers hope to use “the shows or movies [autistic individuals] love as a framework to enhance social interaction, building crucial abilities like making eye contact and joint play” (The New York Times).

Affinity therapy, a term coined by Ron, is not a completely new idea; it has similarities to methods such as Floortime and art therapy, both approaches that highlight creativity in expression and making connections through individual interests (Autism Speaks). This method negates the negative connotation sometimes associated with autistic individuals’ special interests, in which they are labeled “obsessions”. Instead, affinity therapy positively identifies a special interest as an integral component of a personality and what makes a person unique. It is a valuable avenue through which to reach and empower the individual and can allow for critical development of emotional and social skills necessary for navigating the complex world. (The New York Times)

Ron recognized the vast possibilities with affinity therapy; wishing to open up opportunities for similar success with other families of autistic individuals, he founded Sidekicks, where he is currently the CEO. This mobile application, in its pilot stage, features affinity-based cartoon avatars through which autistic users and caregivers can communicate. Sidekicks will aim to reach users by harnessing their interests through personalized selection of a preferred cartoon avatar in order to “help spectrum kids decode their feelings, social interactions and their place in the wider world”(www.Sidekicks.com).

While this promising therapeutic method is still in its nascent stages, the concept of tapping the potential of personalized interests to help autistic children connect, learn, and grow can be applied to a variety of areas of autistic individuals’ education. Simply being able to engage the child in a way that intrigues him or her is an essential first step to building a connection and opening the door for enhanced communication and learning.

So how can you apply the concept of affinity therapy to everyday interactions? Here are some ideas:

Affinities are what makes an autistic individual unique. As we would with all children, take the opportunity to help them to build healthy, special interests that can allow for engagement, enthusiasm, and an ability to strengthen relationships with others. Guiding children through captivating, affinity-based activities can be a valuable avenue through which children can explore and navigate an often scary world.

We would love to hear your ideas for using the concept of affinity therapy as well! Please share in the comments below.

Kelly Sayres is a graduate student studying Technology, Innovation, and Education at the Harvard Graduate School of Education. She previously taught 3rd grade mathematics and science in Austin, TX. Her positive experience teaching has provided essential context and inspiration for her studies and career aspirations. Kelly is especially interested in developing impactful instructional technology programs for elementary students that are engaging and motivating for all learners. In her free time, Kelly enjoys reading and exploring nature.