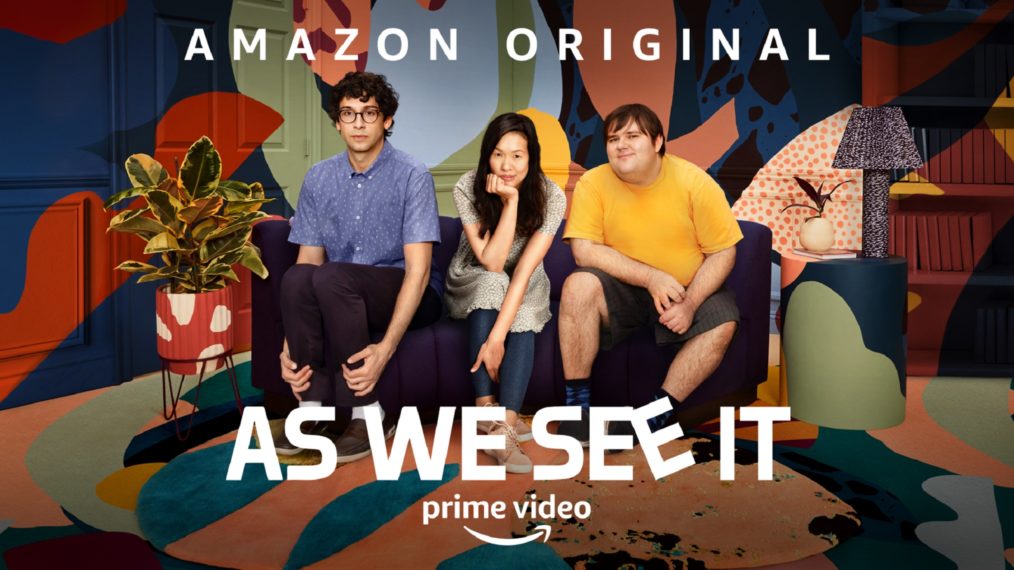 On Friday, January 21, 2022, Amazon Prime Video will premiere a new show called “As We See It” starring three autistic cast members. The show follows three roommates in their early twenties, Jack (Rick Glassman), Harrison (Albert Rutecki), and Violet (Sue Ann Pien) on a journey in which they try to manage the ups and downs of their new life experiences. The tumultuous process of finding love, the daunting task of living independently, the pressure of holding down a job, and not to mention the overwhelming concept of making new friends, are all aspects of this show that bring the viewer a little closer to understanding what growing up can be like for an autistic individual.

The show features the cast members navigating new social situations that can be challenging for neurodiverse and neurotypical 20-somethings alike. In a scene from the trailer, the viewer is immersed in the executive functioning world of goal setting. Sosie Bacon (Kevin Bacon and Kyra Sedgewick’s daughter), plays Maddie, the aide that supports the roommates in their shared home, and leads the group in reviewing how their personal goals are progressing in order to keep each other focused and motivated. The goals are focused on things like sustaining employment, starting a relationship, and making friends. But as great as the goals look on paper, “As We See It” examines the individual's thought process behind attaining some of these goals.

The challenges and triumphs featured in this show create a space that recognizes the beauty in our differences and the broad spectrum of life.

Executive producer, Jason Katims, has featured actors portraying neurodiverse individuals in a few of his other shows, “Parenthood” and “Friday Night Lights”, but very few shows take the initiative to cast neurodiverse actors. Katims was determined to change that with “As We See It”. Katims has an autistic son who may have added to his motivation to create this inclusive show.

"I think the show affords us a window into the hearts and souls of three-dimensional, loving, beautiful, complicated human beings who happen to be on the autistic spectrum, played by actors who identify as being autistic," Katims said. "It shouldn’t be revolutionary. But it sort of is."

Not only does the show feature three autistic cast members as the stars, it also features 12 autistic crew members.  Additionally, other shows on a variety of different entertainment platforms have attempted to portray autistic characters such as “Atypical”, “The Good Doctor”, and “The A Word”, but they all seem to fall short in terms of giving autistic individuals the platform to share and express their own unique stories. Giving autistic actors the chance to be included in TV performances and movies is something that can reimagine what it is really like to be autistic. The highs and lows of the human experience are best represented by those who have lived it themselves, and “As We See It” aims to do just that.

Tony Award-winning actor and former star of Criminal Minds, Joe Mantegna, also stars in “As We See It”. Mantegna plays the father of Jack (Rick Glassman), and much like Katims, the role took on a very personal significance for him. Mantegna has an autistic daughter named Gia. The role allowed him to bring much of his life experience as a father of an autistic child into focus. It was unknown as to whether or not Katims knew this about Mantegna when casting him for this role, but as Mantegna reported:

“Jason might have thought that might be an interesting layer, but I know that it’s also a personal thing for him. They really thought it out to the point where, besides that the three main actors were identified as being on the autism spectrum, they were going to hire 12 [autistic] people on the crew — which is really unheard of. You have to go through the unions and all that, and they did that. I hope it’s a sign of the times, in terms of where we’re going with inclusion.”

Montegna also described his experience working with Rick Glassman (Jack) as being a very positive experience and that Glassman exhibits many of the same quirky and funny traits that remind him of his daughter Gia.

Trailer: As We See It

This article was adapted from the following sources:

Sara DeFronzo is a Kindergarten and First Grade Special Education Teacher from East Boston, Massachusetts. Sara has worked with children diagnosed with ASD for several years. She started as an in-home ABA behavior therapist in which she worked with newly diagnosed children and their families to increase independent living and communication skills. From there, Sara worked at an ABA based school working with children ages 5-22. Sara currently works with students with special needs in the inclusion setting. Sara enjoys the progress she is able to see her students make over the course of the year, and she loves to individualize instruction through the creation of new resources and materials. Sara has her M.Ed. in Severe Disabilities from Endicott College as well as her M.Ed. in Curriculum and Instruction from The University of Massachusetts Lowell.