Autism Fidget Toys Are More Than Just Fun: Strong Research Supports their Use 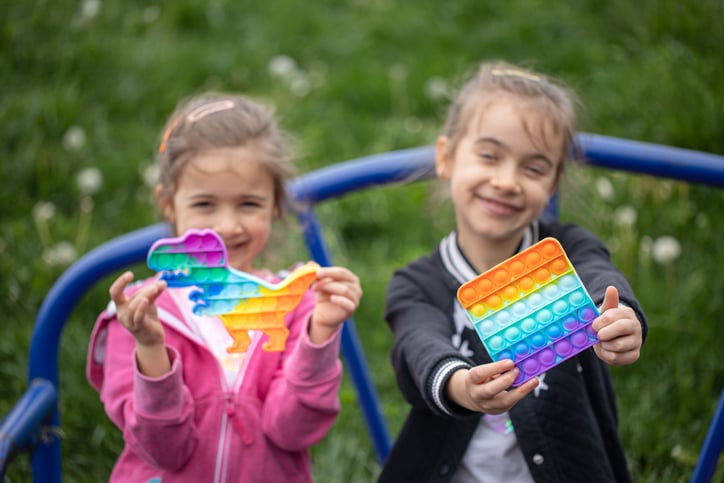 In recent years the toy industry has exploded with options for toys focused on the fidgeting sensory need of people with Autism, ADHD and other disabilities to have their fine motor needs met. Pop-fidgets, Push-pop fidgets, Infinity Cubes, Pop Tubes, Fidget Spinners, Liquid Motion Timers, Mesh Marbles, Squeeze Foam Balls, Maze Puzzles, Foam Puddies, Silly Puddy, are just some of the many options for fidget toys. One might ask the well-deserved question, “are fidget toys truly providing more than just fun”? Well, the research suggests that this is very much the case.

Current research has unveiled that neuroscience influences the way society views behaviors in individuals with autism and other disabilities. For example, children who were historically identified as giving “poor effort” when struggling to perform well in hand-writing skills have now been shown to have a deeper underlying cause called dysgraphia, a neurological disorder which impacts the writing ability causing distorted letters or numbers. Similarly, outdated definitions used to provide a narrow view into the causes of sensory needs or challenges, but we now know if is more complicated than that. Current research reveals a broader definition of fine motor skill development impacting learning, overall brain development and memory recall. As a result, fidget toys are now considered the norm for classrooms, diaper bags and dentist office waiting rooms to support the sensory need for fidgeting.

Here are 3 ways autism fidget toys are more than just fun and how science provides support for using fidget toys.

1- Fidgeting can increase alertness and the ability to focus 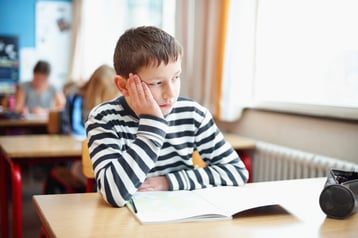 Fidgeting helps with self-regulating attention spans by creating more energy within the body. Our bodies do this naturally through inciting involuntary movement such as tapping a leg or doodling while doing a less stimulating task. Fidget toys can be an alternate voluntary option to increase alertness in the brain creating higher levels of energy similarly. “Relaxed alertness” is the state of the brain in which learning is possible. Renowned neuroscientist Daniel Siegel said the definition of a state of mind is “the total pattern of activations in the brain at a particular moment in time.” This includes the combination of activated chemical reactions within the physical body, the mind and also the emotions which influence these body chemicals.

This psychophysiological activation impacts self-control, self-regulation and the ability to react to stimuli in the environment outside of the body such as the ability to focus in the learning environment of the classroom. Throughout life, synaptic connections are made in the brain as these chemical reactions occur in psychophysiological ways with each new life experience. As relaxed alertness is achieved, the skill of learning at high levels of efficiency during life experiences is practiced and ultimately can develop into a personality trait of being a more efficient learner. So then, it is compelling to consider that creating energy during more mundane tasks with the use of fidget toys can complement the involuntary movements which inspire the state of mind to be in relaxed alertness.

The director of PACER Center’s Simon Technology Center, Bridget Gilomini, focuses her research on making the benefits of technology more accessible to children and adults with disabilities. She states “ Fidgets give the user an opportunity to give their hands or bodies something to do, and allows their brain to then focus on the task at hand, such as listening to a teacher or reading.” 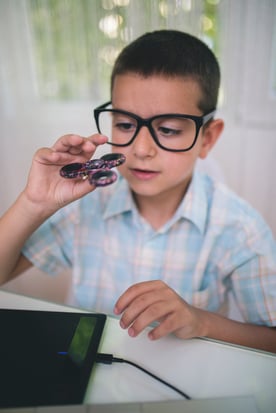 Her research indicates that brain development depends upon fine motor and gross motor body movement. Communication between both hemispheres of the brain is a critical part of unifying brain levels to provide whole brain functioning for developing brains in young children. This skill of the left and right hemispheres working in conjunction is fully developed for typically developing children by age ten or twelve. For children with disabilities, this development can progress at a slower rate. Therefore, providing ample opportunities for fine motor sensory movement, with the use of fidget toys, can offer utilization of both hemispheres. When considering ways to encourage brain development by supporting whole brain functioning for children with disabilities such as autism, research supports that fidget toys certainly are a worthy candidate to do just that.

A research study conducted by the School of Psychology, University of Plymouth, UK found that fine motor fidgeting in the form of doodling (free drawing) increased recall memory in participants. 40 participants were given the low physical stimuli task of sitting and listening to a mock telephone message which gave the names of attendees to a party. 20 participants were instructed to doodle on shaded shapes while 20 others were instructed to sit still and just listen. The outcome of the study showed an increase of 29% for recall memory of the names of attendees for those who doodled above the recall ability for the participants who did not doodle during the call.

Similar research has found that individuals who exercise show a greater ability to build and rearrange nerve connections in the brain allowing them to both learn better and retain the information that they learned. For individuals with autism, this same principle can be applied when considering the use of fine motor fidget toys to provide small ways of exercising that still increase brain functions and nerve connections supporting higher levels of retaining and recalling acquired skills and information.

So parents, educators and others supporting individuals with autism, don’t hesitate to use fidget “toys” to help your loved one along as they grow and develop. While you’re considering the best ones to choose, maybe even find one that interests you as well! We humans all have the potential to increase nerve connections in the brain, support higher levels of learning and increase our brain retainment and recall memory through the simple act of fidgeting.

Does your child or student fidget? What fidget toys have been the most helpful for your child?

Why Relaxed Alertness Provides the Optimum Emotional Climate for Learning

Erin Beach is a freelance writer from San Diego with a background as an Education Specialist for students with mild to moderate disabilities. She is a graduate of Western Governors University earning her Bachelor’s of Arts in Educational Studies and also a graduate of National University where she earned a Master’s of Science in Special Education: Mild-to-Moderate Disabilities. She has over a decade of experience in the field as an Education Specialist, Behavior Interventionist and also as a parent to two of her own children who have received specialized services for ADHD and speech. She works with Stages Learning Materials providing content to inspire and educate parents and educators alike.