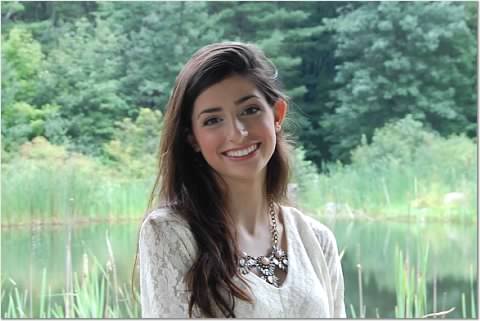 Children’s books featuring children with autism are an easy and entertaining way to introduce the topic of autism to your children, family members, friends, and your child’s peers. Children’s books offer simple, accessible explanations and illustrations that can help children and others better understand autism and some of its symptoms in a lighthearted manner. These children’s books emphasize messages about friendship, community, and understanding.

Books Featuring a Child with Autism as the Main Character

“Ethan’s Story: My Life With Autism” was written by eight year old Ethan Rice who has autism. On his seventh birthday, Ethan decided that he wanted to share with classmates that he had autism. This book is a collection of questions Ethan’s classmates asked him and the answers he gave. Ethan explains in his book what autism means to him and why he feels blessed that God made him that way.

“A Friend For Henry” (Jenn Bailey)

“A Friend For Henry” tells the story of Henry who is looking for a friend at his new school. Sometimes Henry thinks that his friends are too close or too loud, and he worries that he won’t find a friend that is “just right” for him. Henry looks for friends at his new school and slowly begins to realize that each person is unique and he can find friends that play their own way, they don’t have to be the exact friend that Henry was picturing.

“The Boy With Big, Big Feelings” tells the story of a boy with BIG feelings that make his cheeks glow, that spill out of his face, and jump on his chest. Sometimes his feelings and emotions are so big that they feel hard to manage or out of control. The boy learns that it’s okay to feel feelings and learns how to express his BIG feelings artistically, which makes them easier to manage.

“The Girl Who Thought in Pictures: The Story of Dr. Temple Grandin” (Julia Finley Mosca)

“The Girl Who Thought in Pictures” tells the story of Dr. Temple Grandin, a woman with autism. Dr. Temple Grandin’s story is told and the book explains how she thought differently than her peers. She went on to become a powerful voice in modern science, studying animals and publishing work relating to the humane treatment of livestock.

Books for Siblings of Children with Autism

“Brotherly Feelings: Me, My Emotions, and My Brother with Asperger’s Syndrome” (Sam Frender and Robin Schiffmiller)

“Brotherly Feelings” tells the story of Sam and his brother Eric, who has autism. The other kids don’t understand Eric because he acts differently than them. Sometimes, Sam gets embarrassed of the way his brother acts. But, when Sam sees Eric being bullied, it’s important to him to make sure the other kids understand his brother’s autism and treat him with respect. In this book, Sam learns what it means to be a good sibling.

“Leah’s Voice” tells the story of Logan and her older sister Leah, who has autism. Logan has a playdate with a friend, Abby, who doesn’t understand Leah and tries to exclude her from playing. Logan doesn’t know how to explain to Abby that her sister has autism. Logan becomes frustrated when she misses a movie because Leah was having a tough time in the theater. As the story goes on, Logan starts to see how Leah is being treated unfairly and learns how to explain to her friends why her sister acts the way she does and ways that she can be treated kindly.

“A Manual for Marco: Living, Learning, and Laughing With an Autistic Sibling” (Shaila Abdullah)

“A Manual for Marco” is the story of 8-year-old Sophia who makes a list of all the things she likes and dislikes about her brother Marco. After writing the list, Sophia realizes she created a “Manual for Marco” and explains how his autism makes him special and how to work through the tough times.

Books about Autism for Anyone (Family, Friends, Peers, Community Members)

“We’re Amazing, 1, 2, 3! A Story about Friendship and Autism” (Leslie Kimmelman)

“We’re Amazing, 1, 2, 3!” follows Sesame Street’s Elmo, Abby, and their new friend Julia who has autism. The three of them have a playdate. Elmo explains to his friend Abby why Julia doesn’t always say ‘hello’ or make eye contact and why she flaps her arms and makes noises. The three friends have a successful playday and learn about what they have in common with one another.

“Since We’re Friends” is the story of Matt, who has autism. Matt struggles in social situations but his best friend always helps him out, whether it’s during sports, reading, or talking about animals. This book captures the essence of friendship and helps children better understand their peers with autism.

“A Friend Like Simon” tells the story of Matthew who greets his new classmate Simon on the first day of school. Matthew notices that Simon is “different” because he has autism and learns how to be mindful and patient with him. The two boys go on a class field trip and become fast friends. This story recognizes the challenges that Simon faces in a new, mainstream classroom and how his classmates help him.

“Caillou Meets Sophie” tells the story of Calliou playing at the park. While there, he meets a new friend, Sophie. Sophie doesn’t speak and she doesn’t like loud noises. While playing with Sophie, Caillou learns different ways to communicate and what it means to be a friend.

All of these children’s books can be found in a physical or electronic copy and are available at most public libraries. Sharing these books with your children with or without autism, family, and friends can help promote inclusion and understanding. And what’s a better way to celebrate friendship, family and differences than sharing a book together?

Do you have a children’s book about autism that you would like to recommend? Please let us know!

Chloe Fay is from Northborough, MA. She is currently an undergraduate student at Lesley University majoring in Special Education and Child, Youth, and Family Services. Chloe aspires to work with children with Autism in an educational setting.

Strengths-based Approaches to Autism for Teachers, SLPs, and Parents
Whole Child Learning & Autism: How ARIS Supports Social Emotional Learning
The “Why” and the “What” Behind Language Builder: Academic Readiness Intervention System (ARIS)
Strategies for Promoting Sensory Integration in Writing