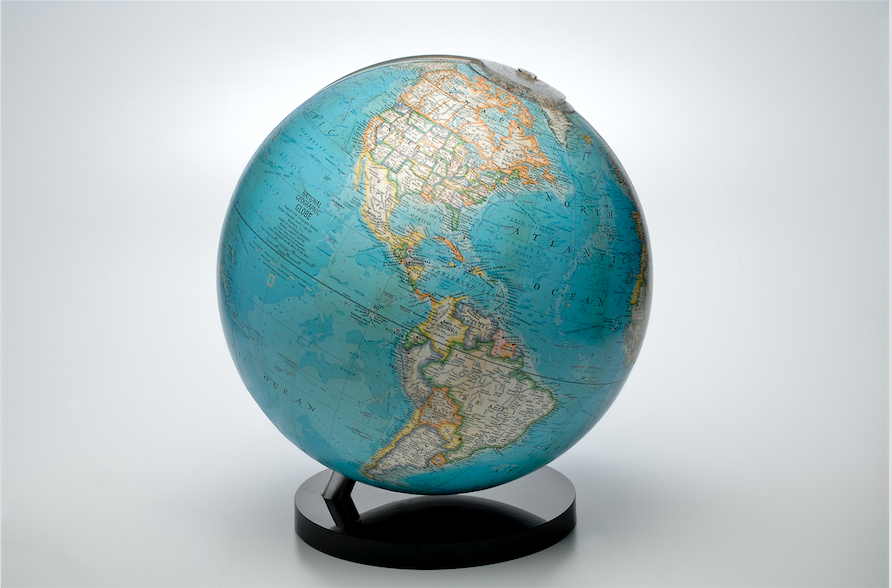 Stages Learning is committed to helping people with autism around the world. In 2016 we founded the Global Autism Awareness Project (GAAP) in collaboration with students from the Harvard Graduate School of Education.

Myra LalDin was one of our founding members and this article is a part of the work of GAAP to help educate people about autism, in this case in Pakistan. This article originally appeared in the Pakistan Express Tribune.

This post is about Autism, but are you even going to bother reading it, Pakistan?

Last year at the Harvard Ed School we ‘lit it up blue’ for Autism Awareness. We had blue lights on the buildings and people wore blue shirts in solidarity. A lot of my focus while in school was on education in Pakistan, and so as I walked by and saw the sea of blue, I wondered what might be happening back home on this day.

The State of Pakistan

I found some articles about autism in Pakistan on popular online news outlets and magazines. I wondered how many people actually clicked on the articles and read them. Someone else had obviously felt similarly and expressed sadness about the lack of comments on the articles, whereas posts about politics and gossip received much more attention. 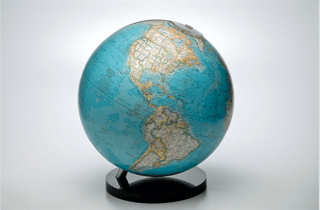 Upon digging further, I found that there is no official estimate of the number of autism cases in Pakistan. This is because there seems to be little research in this area. Apart from a few private groups of researchers, there is no government sanctioned research.

The founder of the Autism Resource Center (ARC), an organization in Rawalpindi that works with children with autism, has revealed that there are over 350,000 cases in Pakistan. She says that their research estimates that about one in in every 66 children is on the autism spectrum. This data has not yet been published online.

Unfortunately, the majority of these children have not been professionally diagnosed nor have they been given any sort of treatment.

The question is why?

If parents can see that their child’s development is not typical, then why are they not seeking help?

What is Autism Spectrum Disorder?

Autism or Autism Spectrum Disorder (ASD) is a developmental disorder that occurs as a result of abnormal brain development. There are some typical behaviors that are associated with the autism spectrum. These include a delay in language learning, difficulty with social communication, difficulty making eye contact, repetitive sensory movements, poor motor skills and problems with executive function activities (i.e. planning and reasoning).

It is called a spectrum because there is such a wide range of symptoms; some people are “high functioning” with few symptoms and some may be severely autistic and unable to communicate with words at all. This is why they say,

Every case is unique and it’s difficult to make generalizations about ASD. I think it’s also important to note that many autistic people disagree with the idea of functioning labels. This is due to the hierarchy that is created, with the most abled people on the top. These labels can be invalid because someone can appear low-functioning in some respects, but higher-functioning in other areas.

In term of causes for autism, we have no definitive conclusions, though some research indicates that there is a genetic component, or the possibility of brain infections, (for example meningitis or encephalitis). Whereas certain theories suggest that it may occur due to exposure to toxins or illness during pregnancy. In the late 90s one theory, which has made a comeback in recent years, was that vaccines were causing autism. This has since been disproven by multiple studies around the world.

The behavioral signs of ASD can begin as early as six to 12 months, as this is usually the time babies begins to communicate (with babbling) and interact (making eye contact) with those around. It is nearly impossible to detect any signs before this interaction period begins. Most professionals will not try to make a diagnosis until about 18 months. Some high-functioning autistic children are not diagnosed until they are school-age and they begin to struggle socially. An early diagnosis of ASD is important because this allows early intervention, which improves outcomes for children with autism.

Currently there are no medical tests that can diagnose ASD. The most effective way to diagnose a child is to have trained professionals observe the child’s behavior.

Now that we understand the basics of ASD, it’s easier to understand the detrimental impact of a late or non-existent diagnosis on thousands of children in Pakistan. What factors are standing in the way for more children with ASD to have early interventions?

I think the first issue is the sheer lack of education and awareness of ASD at all levels of society in Pakistan. Parents, educators and many medical professionals lack understanding about ASD and this creates misconceptions and often stigma. One doctor, apparently a professor and autism expert at PIMS said the following in an article,

“Every day, around 40 deliveries are carried out. I cannot assess each and every one of these newborns for autism on my own.”

This made me laugh and then I felt sad. Do you know why? As you read above, experts agree it is impossible to diagnose autism in a new-born. Often diagnosis is not possible until a baby is 18 months old. If this is our expert speaking, from one of the best medical institutions in Pakistan, we have a problem.

Autism is not extensively addressed in medical schools in Pakistan. The only time doctors may be exposed to it is in the final year when there is a psych rotation and they happen to have a patient come in with autism during their hours. One survey in Karachi city reported that over 50 per cent of the doctors said they had never heard of the term autism (Rahbar, 2011).

We need more professionals in this field. Our doctors need more continuous medical education (CME). We need to have more trained child psychologists, not just for ASD, but this would be beneficial for the country as a whole. I think another factor that many countries miss is that though professionals are important, in some cases people with ASD can also be experts on their own lives and should be consulted when important decisions are made.

They can also serve as a resource for parents of children with ASD. One fine example of this is Qazi Fazli Akeem, a Pakistani, and South Asia’s first self-advocate for ASD. He even spoke at the United Nations in New York in 2013. He writes about his life and work for Dawn news. He is a shining example for Pakistan, self-advocates as in any policy we should remember the ‘nothing about us without us’ slogan.

Lack of education creates a stigma and this becomes a serious barrier to early diagnosis and effective treatment. In Pakistan, the stigma of autism can exclude mothers and their children from social life hence preventing them from seeking help, which leads to delayed diagnosis. Families may experience harsh judgments of the child’s unusual behaviors, and is often attributed to the mother’s bad parenting. Sometimes families try to keep their children with autism hidden, because they feel ashamed, as well as fear being seen as having a defective lineage can threatens the marriage prospects of unaffected relatives.

The challenges for families with children who have autism in Pakistan may be daunting, but there are rays of hope. Recently the government approved funding for a new center for children with autism in Islamabad. Organizations, such as Lahore’s Children Centre, Oasis, and Autism Resource Centre (ARC) run by mothers of children with ASD provide many families with the resources and support they need. These organizations also provide guidelines in assisting parents in detecting the symptoms in early stages, information about hospitals across the country where children could be diagnosed and a community where families with children who have autism can communicate and support each other.

April 2, 2016 is the eighth annual World Autism Awareness Day, and April is Autism Awareness Month. Autism Speaks, a worldwide leading autism science and advocacy organization, has celebrated its international ‘Light It Up Blue’ campaign by encouraging landmarks, skyscrapers, schools, businesses and homes across the globe to shine bright blue lights. They further asked individuals to wear blue on the day in honor of the millions of individuals and families affected by autism.

I am now involved in the Global Autism Awareness Project created by Stages Learning Materials, a publisher and distributor of educational resources and apps for autism therapy, and I am working with two Pakistani students on articles and videos that will help raise people’s awareness on autism in developing countries. I hope to make a difference in the lives of children who have autism.

Please wear blue on April 2nd every year. Encourage your work to ‘light it up blue,’ and share what you’ve learned about ASD all year long. You can make a difference too. Help spread the word. 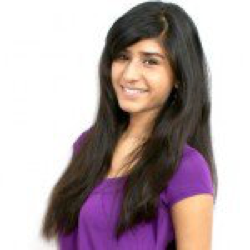 The author is a recent graduate of the Harvard Graduate School of Education. Currently, she is a Teaching Fellow and is involved in Diversity and Cultural Awareness research at Harvard. She also serves as the Program Manager for Our Golden Hour, an educational non-profit working to expand educational opportunities to children in underserved areas and marginalised communities. She tweets as @myralaldin and @ourgoldenhour