Raising Money for Autism? Find Out Where Your Dollars Go 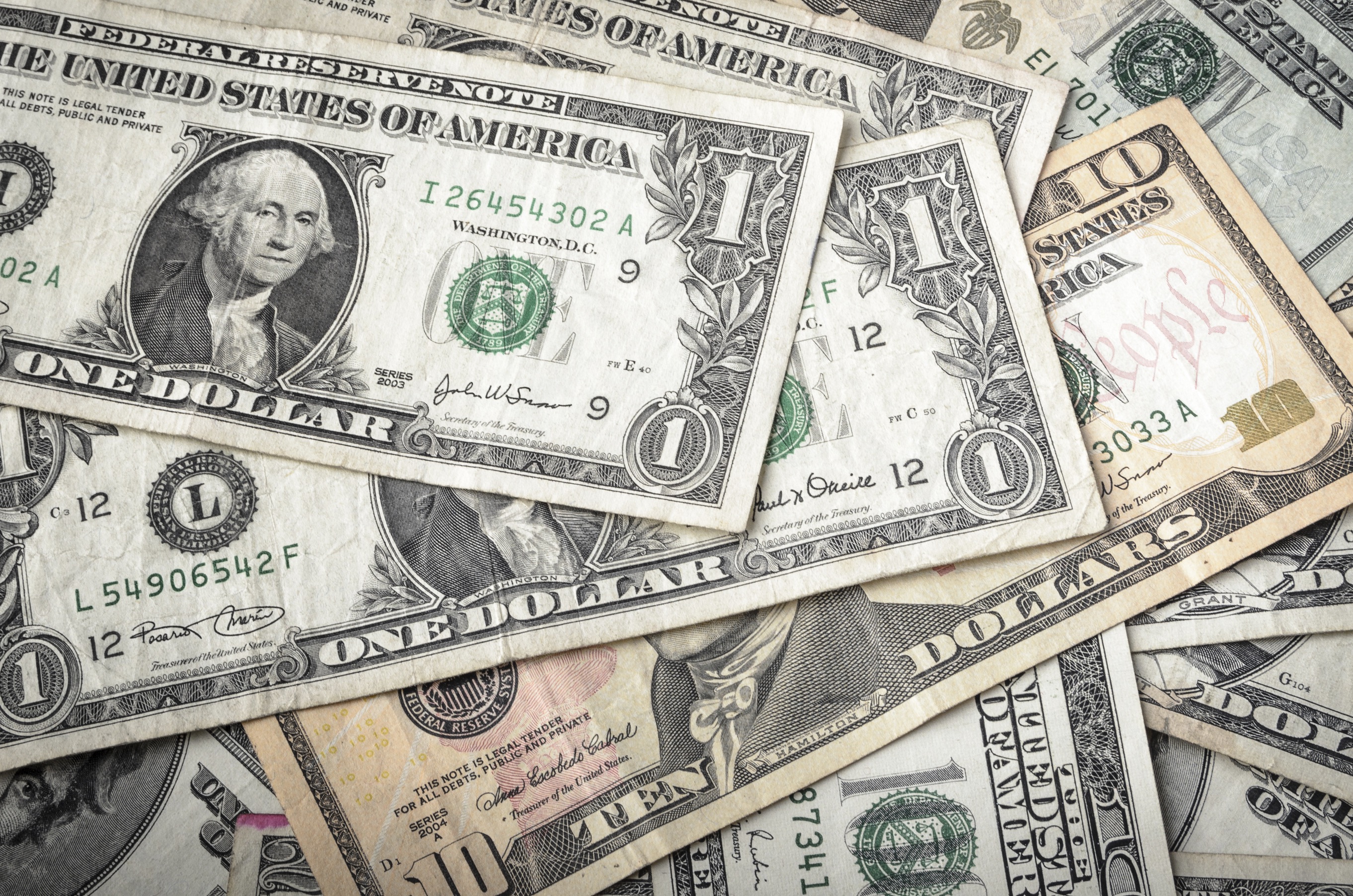 If you are helping raise money for autism research, advocacy, or other programs related to autism, it is wise to follow the advice of Charity Navigator: Your Guide to Intelligent Giving. They recommend, at minimum, that at least 50% of money raised goes toward the actual program, and most types of charities stay upward of the 65 to 75% mark. But for some of the organizations listed below, money raised goes straight to staff and administrative costs because staff are involved in carrying out the mission of the organization, rather than just engaging in raising funds (such as research or lobbying efforts) - or because the organization is complex, has a large administrative structure, and is attempting to achieve many diverse. 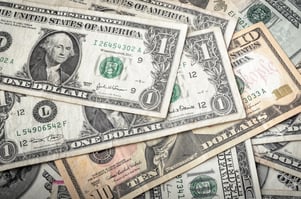 Selecting and vetting a foundation is time consuming, so the resources below list ten of the most diverse national initiatives. Each of their 2014 Tax Exemption Forms was also reviewed to ensure that they utilize funds ethically. Listed below are the percentage of their overall expenses that go towards 1) other organizations/researchers 2) programming 3) salaries and employee benefits. You can use these figures to get a sense of the size of the organizations and how they utilize donor funds.

We recommend all of the organizations below as places that are worthy of your fundraising efforts, but if you want to make sure your dollars go to specific activities (such as employment, genetic research, self-advocacy, autism in girls, etc.), choosing a smaller organization that focuses on that precise objective will provide you with a more direct link between your dollars and your fundraising goals. 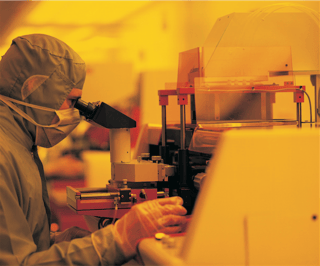 This relatively young organization was started in 2009 to advance understanding about the causes and treatments for autism. They have spoken publicly against the anti-vaccine movement, dismissing a causal link between vaccinations and autism. In the past few years, they also organized a TED-style series of public talks about autism, funded an undergraduate research fellowship, and encouraged families to donate postmortem brain tissue to science. They list the names, institutions and research projects that they fund on their website, by year, and provide grant outcome reports detailing the impact of their contributions.

Founded by Dr. Bernard Rimland (a famed figure in autism’s clinical history) who was both a clinician and a parent of a child with autism, the Autism Research Institute (ARI) has a long legacy of research and advocacy. ARI was one of the first organizations to declare that autism was treatable and that “research makes a difference.” They fund brain tissue banks, gastroenterology units, and cross-disciplinary communication between research communities. Their family support revolves primarily around disseminating scientific information through weekly broadcasts. More recently they have become involved in international advocacy through the United Nations. Recent accomplishments include a comprehensive book on the roots and treatments of self-injurious behavior in autism, introduced an online career panel called www.autism.jobs and dispensed over $300,000 in scientific grants to study immune, gastrointestinal, metabolic, and other issues associated with autism.

Also founded by Dr. Rimland, the Autism Society of America (ASA) began as an advocacy and awareness effort. The ASA held the first national autism conference in the 1960’s and has included autistic self-advocates on their board for over thirty years. The popular puzzle piece awareness ribbon is trademark of the organization, though it has been lent to other groups to advance the mission of awareness and acceptance. Ongoing projects include safety and risk management efforts, home safety resources, anti-bullying efforts, inclusion workshops for faith communities, and AMC sensory-friendly film screenings. The figure for their salaries and benefits is high, but I have to assume they have a large staff, given all the different initiatives, resources, and events on their website.

This organization is focused on disability advocacy for autistic individuals. The majority of their funds support staff in Washington (autistic self-advocates) who have made recent breakthroughs with the Transition to Independence Act (S.1604) and the Transition to Meaningful Employment Act (HR 188). They also work to establish inclusive communities and autonomous living conditions for adults with autism. They support emerging leaders through summer leadership academies for autistic college students, promote acceptance over awareness during the month of April, and mourn the many children and young adults with disabilities who were murdered by their parents and caregivers. They publish an annual report, detailing their accomplishments and future plans, in which they include an expense analysis. Like the ASA, this organization carries out much of their work through their own staff of autistic self-advocates and disability rights activists, justifying the high expenses for salaries and benefits.

The Autism Women’s Network (AWN) works at the nexus of disability rights and feminism. It supports autistic women and girls of all ages and their families, friends, and allies by providing community, advocacy and resources. They have compiled a list of sensory-friendly women’s healthcare providers by state. Their donation page includes suggested amounts such as $20 to help someone attend a social meet-up or $150 to cover an American Sign Language (ASL) interpreter at an event.

Autism Speaks funds an enormous number of activities such as research grants, autism advocacy in Washington, and international awareness efforts. Their scope is impressive; a branch of Autism Speaks is involved in nearly every aspect of autism research, policy, services, and safety. Due to their size and complexity, operating costs are also high (over $28 million, or about 50% of funds raised, went towards salaries, compensation, legal fees, etc. in 2014). Even still, they contributed over $15 million to researchers and direct service providers in the U.S. and abroad in 2014.

One mother noticed the disparities that existed for African American children with autism. In 2009, she founded this organization. The Color of Autism (COA) Foundation sponsors individual children by providing iPads which function as communication devices. Their 2014 tax information also mentions a holiday gift drive, providing presents to children with autism in underserved communities. A major project of COA is the Screaming in Silence documentary project. This film is intended to tell the story of African American families including misdiagnosis, underdiagnosis, the school to prison pipeline, and the lack of community services in certain communities.

“Autism: The Musical” emerged from this initiative, documenting a group of children on the spectrum and their peers who completed a theatre production. The Miracle Project continues to offer these inclusive theater classes, which are aimed at developing communicative, social, and emotional skills. Although the classes themselves are the primary financial focus of the organization, the staff also provide trainings for adult caregivers and therapists. Through their donation page, contributors can select different amounts that correspond with specific services, including: providing students with communication devices, sponsoring an entire family’s participation, or reserving a theatre space for performances. I believe salary costs are high for this organization because they require numerous behavioral, therapeutic, and performance staff to run their programs and classes.

TACA was founded by parents of children with autism and has evolved into a supportive nation-wide organization. In 2015, they responded to nearly 30,000 calls and emails from families, awarded 62 scholarships, and created over 350 mentor/mentee relationships. They have a youth ambassadors program, which is dedicated to addressing peer support and models of effective inclusion in their own schools. They hold meetings, events, and two annual conferences across the United States. 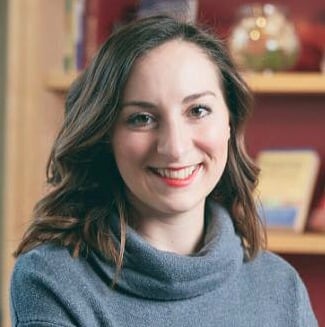 ​Briana Brukilacchio has worked with autistic individuals and their families in many settings. From schools and summer camps to research labs and psychiatric clinics, she has made it her mission to meet and learn from as many people on the spectrum as possible. She holds a Masters of Education in Human Development and Psychology from the Harvard Graduate School of Education and is pursuing a PhD in Educational Psychology, specializing in Clinical Neuropsychology, at the University of Texas at Austin.