Topics: About Autism, Current News and Research, Pushing the Envelope: Letters from Our CEO, Parents 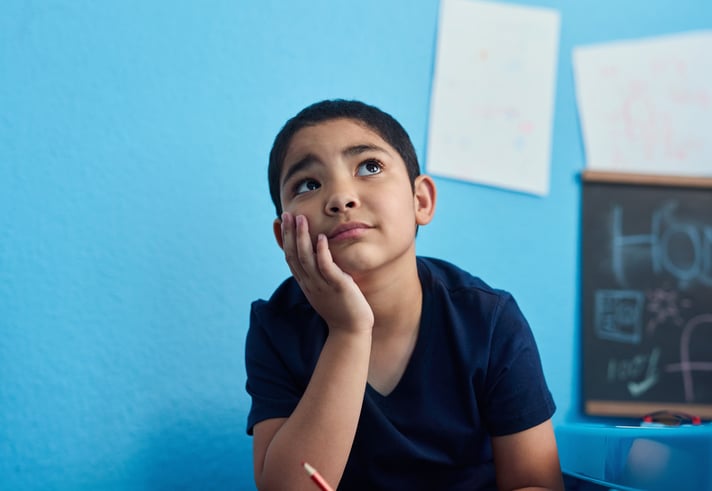 A Letter from the CEO: 1 in 44 Children are Now Being Diagnosed with Autism

So Why is this Good News?

The CDC just released new estimates on the number of children in the U.S. who are being diagnosed with autism. Based on 2018 data, researchers concluded that 1 in 44 children 8 years of age had an autism diagnosis. This is up from a rate of 1 in 54 from the last study the CDC conducted of data from 2016.

So why is this good news?

The actual number of children in the U.S. that have autism has likely not increased dramatically in the past few decades. What has increased is that children are much more likely to be diagnosed with autism than they were in the past and they are being diagnosed at earlier ages. In a separate report the CDC found that children were 50 percent more likely to be diagnosed with autism by age 4 in 2018 than they were by that same age in 2014! This is actually really good news, because the earlier a child is diagnosed the earlier they can be provided with treatment and the better their long-term outcomes will be in terms of learning and behavioral development.

Researchers are now saying that these new numbers, 1 in 44, are more likely to reflect the actual numbers of children in the population, because these numbers are being confirmed by large scale screenings for autism and not just reflecting a randomized count of children living in 11 U.S. states who have received a diagnosis of autism.

Of the 11 states studied, autism rates varied widely. States such as California -- that has robust screening programs for autism -- show a higher prevalence for autism than states with fewer programs that target screening and diagnosis. This is important. The more a state can focus their funding on early screening and identification means that less funding will be needed longer term. By identifying and getting services to children in need these same children will need less support down the road as adults.

Rates of autism have varied over time by race, ethnicity, and income level, but researchers believe that these variations are more a reflection of access to screening and services. We are now seeing some positive shifts with better identification occurring for Black children and to a lesser extent children from Latinx communities. Rates are now higher for Black children in Maryland and Minnesota than for white children, suggesting that strategies aimed at better identification for all communities are starting to work. In addition, studies in Utah indicate that rates of autism are now higher for children in low-income communities indicating that improved screening is taking place.  Amanda Bakian, one of the lead authors of the Utah portion of the CDC study believes that the better coverage for autism services by Medicaid and by private health insurance has also helped increase awareness, diagnosis and treatment.

With larger groups of children being identified as having autism we are starting to see a shift to fewer diagnoses for developmental delays that may have been the result of misdiagnoses in the past. We are also seeing much better treatment options and insurance coverage for children with autism.

More than twenty years ago Stages Learning began developing tools based on Applied Behavior Analysis (ABA) and related therapies. These were early days and the research was just starting to come in confirming the effectiveness of ABA treatment. Today this is the gold standard for improving outcomes for children with autism. We’ve even based our Language Builder ARIS Complete Autism Curriculum on these evidence based strategies. We’ve all come a long way from the days when autism was blamed on poor parenting skills. Just think what we will be able to accomplish in the coming decade.