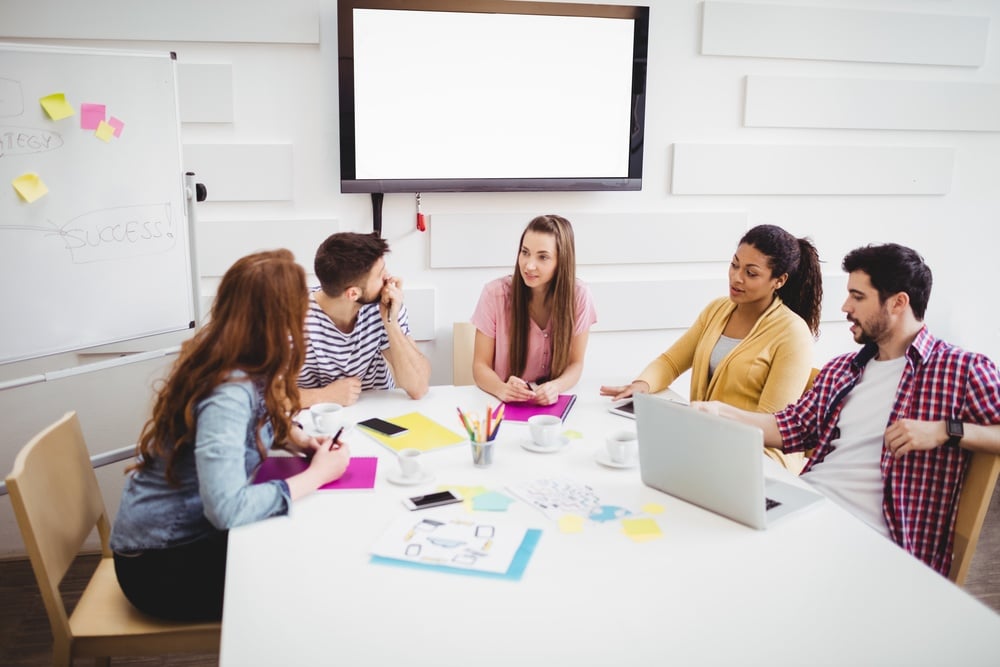 Although almost seven thousand miles away, Leora Sali’s tone of determination resonated her passion for her work. She agreed to speak with me about the program she co-manages in Israel, Roim Rachok. “For the first time, he called his grandmother and planned a visit on his own. This is huge!” Sali described how the teens in this program, for the first time, are able to “decide what they do and how they do it.” 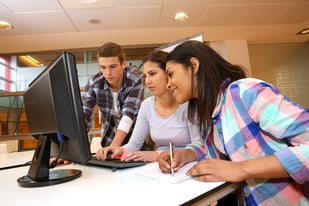 Roim Rachok started in 2013, when Tamir Pardo, the former Mossad head envisioned that Israeli teens with autism could use their special abilities to make significant contributions to society by way of the Israel Defense Forces (IDF). He proposed his idea to Leora Sali, who has a son with autism, and Tal Vardi, who boasts a thirty-year career in Israel’s security system. Together, they designed Roim Rachok, an NGO-based training program preparing teens with autism to play critical roles in the IDF. I was fortunate to interview Leora Sali, alongside Rotem Rosen, an occupational therapist for the program, and Shira and Gideon, parents of one of the program’s recruits.

It’s fitting that in Hebrew “Roim Rachok” is a metaphor for having vision. The program’s first cohort was trained to scan aerial photographs for suspicious activity, a role that requires great concentration. The recruits’ success in this role led to the growth of Roim Rachok, now preparing the participating teens to work in three additional areas: informatics, optics/ electronics tech, and software quality assurance.  According to Sali, the jobs that recruits are trained for require abilities such as “intense focus for extensive periods of time, strong visual capabilities and attention to detail.”

Training spans three months, full-time at Ono Academic College. The program staff consists of a course manager; military specialists, including an army commander; and health professionals, including speech, occupational and emotional therapists. The training program curriculum is split approximately equally between technical and socio-emotional training, preparing recruits to work with others in a professional setting. Both Sali and Rosen asserted that the most defining component is the training.

The Role of Therapy

Rosen joined the Roim Rachok team as the first occupational therapist, developing the occupational therapy component of the program. She studied the training of traditional IDF recruits and adapted it to fit the needs of teens with autism. Rosen explained that the life-skills component of the training serves two purposes. The first is to teach recruits strategies to communicate effectively and be more independent. An example lesson includes role-play for different ways to communicate such as asking for something by email vs. by phone vs. face-to-face. Recruits explore which types of communication best serve different scenarios. The second purpose of the life-skills component is to give recruits a forum to openly talk about their autism. This included team-building activities for recruits to get to know each other and for staff to be able to understand and support the recruits.

In the three years since the program’s inception, there is already visible, broad impact. All the interviewees echoed each other in that one of the largest benefits of the program were the friendships that the teens gained. While the staff does not push participants who do not want to socialize outside of training and army-related activities, they support those who do. For example, the speech therapist leads sessions on how to ask to join a group. According to Sali, the staff also facilitates organizing group activities such as trips to movies. “The group of friends is a gift for them,” remarked Sali.

Rosen conveyed that significant changes in participants are seen after about a year of involvement. She explained that volunteers are confronted with many teachable moments while in their units. They have to be on time consistently, cope with others who are unlike themselves, and become adept at carrying out tasks without persistent feedback. Throughout their service recruits receive weekly occupational or speech therapy for functional support and emotional group or, if necessary, individual therapy for socio-emotional support. 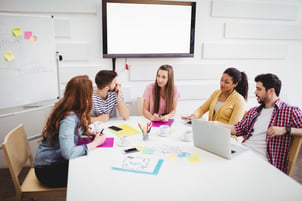 Rosen reminisced about one specific recruit. He started the program with a lot of difficulty in social interactions. He was passive, didn’t initiate interactions, did not want to say hello and refused to answer calls. In therapy he learned to introduce himself and express to others that he has difficulty initiating interactions, asking them to be patient and not take it personally. He learned to speak about having autism, what he struggles with and what he needed support with. Rosen described that this experience opened him up and how, through communication and gained understanding, his colleagues developed a deep appreciation for him.

Beyond improving the quality of lives of recruits, Roim Rachok has had a large impact on the other soldiers in the participating units and on the army as a whole. Occasionally, the therapy program extends to other members of participating units. Rosen explained that in specific cases other soldiers in the respective units meet for group therapy to support them in working with individuals with autism. She said that some soldiers start out hesitant, and even averse to working with the recruits. Rosen described that the therapy helps dispel stereotypes, open up the other soldiers to tolerance and acceptance, and equip them with tools to communicate effectively with their Roim Rachok counterparts. Rosen has seen soldiers and officers become more empathetic and better listeners. Not only are they more effective in their interactions with Roim Rachok recruits, but also in their broader professional and personal lives. According to Rosen, many soldiers develop respect for the recruits and come to view them as capable, contributing members of their units.

As far as the impact of the work the recruits do in the army, Sali reported that because of their performance, the IDF has already invited all the active volunteers from Roim Rachok’s first cohort to extend their service. Consistent to Pardo’s vision, the recruits do work that parallels the work of soldiers who do not have autism, and even more, Sali reports that they are generally highly motivated and persistent.

Shira and Gideon expressed deep gratitude for the effects of the program on their son. Gideon explained that in Israel serving in the IDF is an integral part of being a productive member of society. Soldiers develop life-long friendships in the army and do jobs critical to the security of their country. Many future employers look at candidates’ experience in the army as a predictor of fit, similar to university attendance. Shira and Gideon wanted their son to have a chance at thriving in Israel’s “mainstream” society, as well as an outlet to apply his technical affinities.

At first, Shira and Gideon’s son did not understand why he needed a special program. In fact, Shira described that he felt overprotected by the program. However, shortly after he started, he saw that the program was helping him solve problems. Shira said, “He works hard! He’s happy to go to work with his unit everyday! His motivation is high.” Among the specific differences that Shira and Gideon have seen in their son, they listed:

Gideon described that his son is now able to receive hugs from him and gives presentations in front of his unit. Moreover, he is serving his country and has a direction for his career in aerial visual scanning. Shira said, “This is a life-saver for him.”

While the program has had remarkable success, there have been some bumps. Rosen described that the biggest challenge with the program is designing training and therapy that meets the needs of all the recruits. Even though they are all high-functioning, they fall along a broad spectrum. One way Rosen has already managed this is by adopting the one-on-one therapy component. She hopes to continue building a therapy program that supports recruits in identifying and expressing their needs as individuals with autism. She believes that this is a critical piece in helping reduce stigma surrounding autism.

On the operational side, Sali and her partner Vardi are working to facilitate support for recruits after their time in the army is over. Recently, news about the program’s success spread and four companies have already reached out to recruit program graduates. Sali recognizes that they will need support in integrating into the workforce, similar to what they received while volunteering in the army. She said that there are plans to support the transition from the army to the work force.

Roim Rachok has given teens with autism a network of friends, a toolbox of life skills, more independence, a greater sense of belonging in “mainstream” Israeli society and a professional future. The program has already trained more than seventy recruits who have continued on to volunteer army service. Most of them are on their way to extended service, university or employment. Shira and Gideon sang praises, “We see our son bloom!”

According to recent studies, only about 10 to 20 percent of adults with autism are employed.1 Roim Rachok is changing that narrative, not only by equipping teens with autism with skills and internal resources, but also by changing others’ perceptions of these individuals’ capabilities. Shira and Gideon hope that the program will expand:

“to be offered to more individuals along the spectrum, to continued support beyond the army, to providing more access to a network and to support in getting jobs and going to university.”

The Roim Rachok team is working tirelessly to make this a reality. Perhaps Roim Rachok’s work is just the beginning. Perhaps they can be looked to as an example of what’s possible when the strengths of people with autism are nurtured and when they are supported in their pursuits.

To find out more about Roim Rachok, view their website.

We owe our deepest gratitude to Leora, Rotem, Shira and Gideon for opening up about their work and experiences with Roim Rachok, and allowing us to write about it. Thank you!

The author would also like to thank Stages Learning for supporting the research and writing of this article. 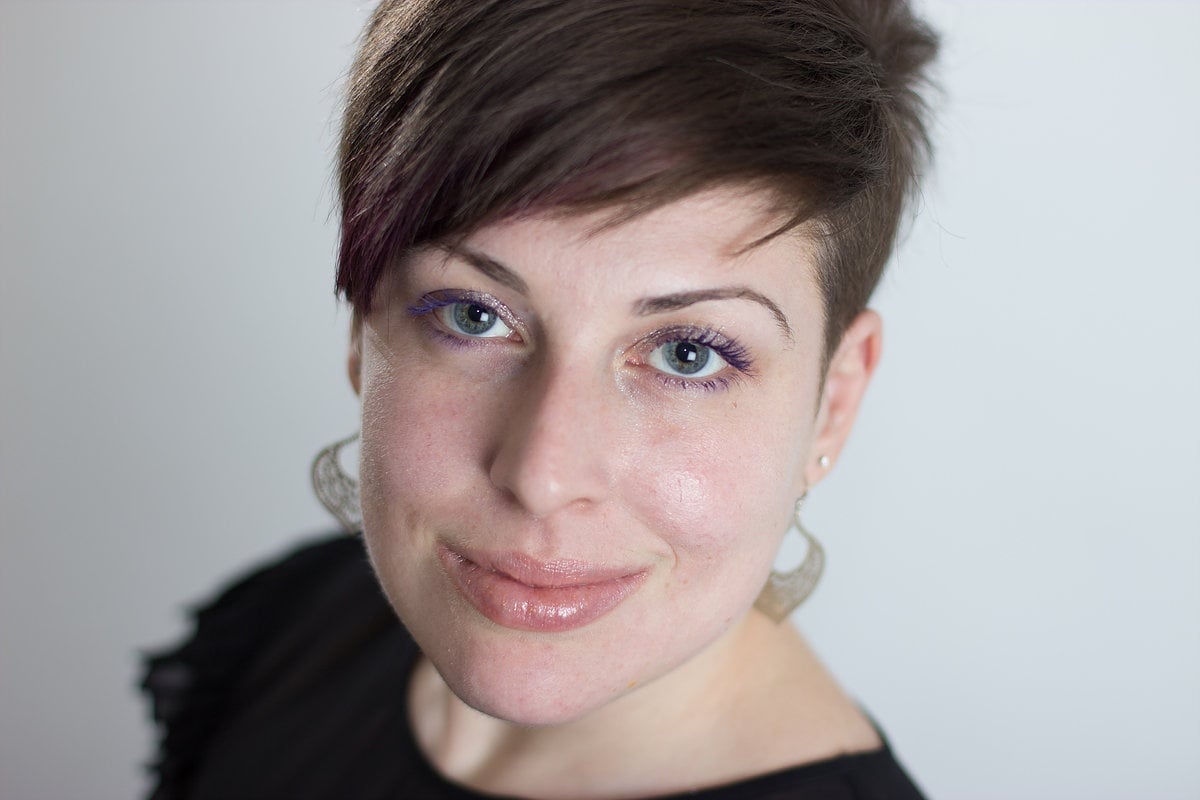