Professional Hope: One Mother’s Story of Gratitude for the Specialists that Support Parents of Children with Autism

Topics: Advice for Parents and Caregivers, Interviews from the Field, Parents, Articles 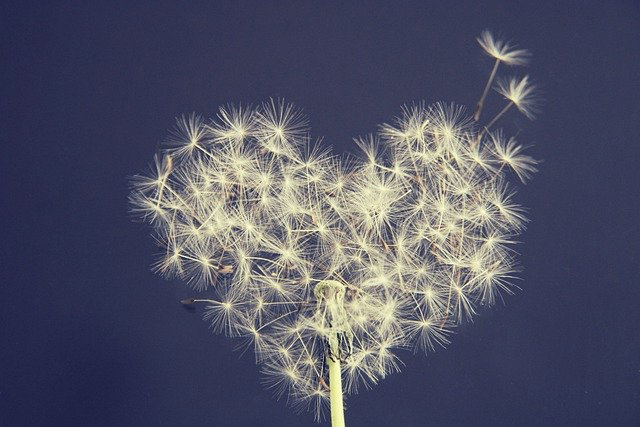 Has autism taken its toll on you? Take heart! One autism mom sought out a group of specialists who have not only assisted spectrum kids with their developmental needs, but also us--the parents--with our emotional needs while we navigate Junior's condition! Find out what these experts had to say.

It all started with Ms. Lauren Miller, former Speech and Language Pathologist for Wood County Hospital in Bowling Green, Ohio. While taking our Jim in for therapy, I also struggled with my own condition--clinical depression and anxiety. Although I'd tended to stress over challenges anyway, now thoughts of inadequacy as a brand new autism parent intensified my usual "symptoms." For instance, I always felt like I spent no quality time with Jim. But "Ms. Lauren" told me concerning that worry, "It's not you. It's the condition."

She always knew precisely what to say to help me bounce back!

Years after my recovery, I spoke with a panel of autism experts to see if they possessed the same dual-purpose quality that Ms. Lauren did. Not only did I find my theory to be correct, but the specialists' accounts of breakthrough sessions were too good to keep quiet about...

Andrea Glesser, Ph.D., Director of Special Education for Perrysburg Exempted Village Schools in Perrysburg, Ohio, says, "Many behaviors serve a function, like sensory seeking, self-soothing, escape, etc. And trying to figure out an activity that is more acceptable in the particular setting, like home, while still meeting the student's need, can be valuable for families."

One family's autistic child ripped off box tops (and bottoms) of everything from tissues to pasta, causing multiple messes. So Dr. Glesser suggested they create a space where [Logan] could tear up recyclable boxes and drop the pieces in a lined hamper. It was a hit! The excited mom told Dr. Glesser, "Sometimes our only reprieve is when [Logan] does his recyclables. It's so nice to watch a TV show while he's ripping his boxes!"

The family eventually added to the box count by collecting more from places like Costco. That increased [Logan]'s activity time, which granted Mom and Dad longer "chill-out" sessions. 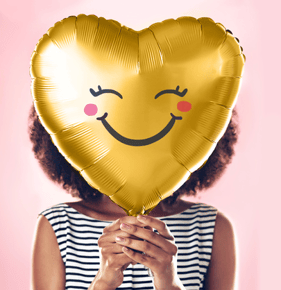 "While touring the respite home, [Bill]'s parents asked if they could stay the night with him the first time to make sure all was ok. They had never sent their son anywhere...[Plus], Mom felt like she was 'dumping' him somewhere and being selfish. I told her [Bill] needed a vacation from them as much as they needed time away from him."

Also, when the mother anxiously filled out multiple pages in addition to the allotted service application packet (on what to expect from [Bill]), Ms. Wallace said, "Every challenge is something I've worked with and it's not a big deal."

Now [Bill]'s parents bring him one weekend per month, where his favorite thing, foil balloons, awaits his arrival. Ms. Wallace adds, "[Bill] leads them to 'his' room then pushes them out the front door!"

Oh waiter! I'll have some respite with a side of sleep! <<Snorrrrrre>>

Wait for It... Proving the Efficacy of Time-honored Efforts

Timothy Perna, an independent behavior consultant in Ohio, makes an important point: "There may be immediate successes, but also setbacks...I work with individuals and families and we slowly develop interventions as the person progresses... Things change for the positive, then we see a challenge and then success again. The key is we don't fall all the way down the hill again."

Mr. Perna worked with a family he describes as having been "extremely defeated." It took a few years, but he taught the parents how to craft and implement approaches (like positive reinforcement) to fix their situation. They told him later, "We were trapped. We couldn't leave home [because] he was in control of our lives. You taught us the way to interact [and] you showed us how to have a positive relationship. We didn't think it would ever be possible...We now go out to eat. We go to the movies...We love our son!"

Is your family "extremely defeated" from autism? You can decide today to persevere through the hardest times. How? Simply by remembering solutions will often reveal themselves if given time.

Anne Clark, former Intervention Specialist at Bittersweet Farms in Pemberville, Ohio, offers another gradual breakthrough scenario: For [Matt]'s parents, it was hard enough to move him to attend their Transition Program and to reside under their Community Living Program. Now they'd also face [Matt]'s fear of the unknown. Says Ms. Clark, "He was [far] from home and didn't know [us]. It was a very challenging first year...Yet they knew Bittersweet's expertise was what he needed."

At first, [Matt] would refuse to eat with others or have an adult read with him (which had been habitual before moving). Eventually, these "refusal" patterns occurred at home too. But staff had been trained to love [Matt] unconditionally, to teach him independent living skills, and to communicate to him "what's next" when new situations arose. Says Ms. Clark, "Over time, there was this gradual building of a relationship with us. Then he knew he was safe here...He later graduated...and experienced things he hadn't had in a very long time."

Eventually, [Matt]'s mother shared with Ms. Clark, "You've brought my son back to me."

Long-standing hardships can be frustrating. But as seventeenth century French playwright, poet and actor, "Moliere" once said, "The greater the obstacle, the greater the glory in overcoming it."

Jeff Pellerito, Assistant Director of Special Education for Perrysburg Exempted Village Schools in Perrysburg, Ohio, says, "What changed my observations, interactions, advocacy, and support plans [for the better] is an understanding of a simple statement first said to me by a middle school teacher: 'All behavior is communication...' Once I learned to look through that lens, no matter what an educational team encountered, what a student was struggling with, or what was distressing a parent...regarding the sometimes challenging social barriers for individuals with autism, we were all able to focus on what message we needed to learn in order to improve outcomes for their child."

I personally got ecstatic over Mr. Pellerito's account since I was able to immediately apply it to raising Jim. Before grasping the concept, I found it hard to be calm even when Jim frolicked through the kitchen! But now I'm armed with this knowledge: Happy body, happy kid!

The Rainbow After the Storm: Networking "Response Teams" Deliver! 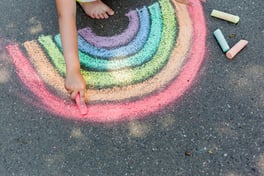 Aimee Adray Drescher, Ph.D., former Director of Psychological Services and a clinical psychologist for Unison Health in Ohio, says, "I have assessed and treated a great number of families affected by ASD...What I can say is this: When parents can move through the emotion and identify...the strengths in their child and in themselves, they are then able to consider the numerous options they have to support their family. When it comes to treating autism, it takes a community. When parents create the community they need for themselves and their families, they realize they are not alone. It instills hope and it is like watching a rainbow after a storm, which is the most rewarding part of the work."

As struggling parents continue to meet with those who specialize in some facet of autism intervention, everyone's contribution is like the differently-colored pieces of that grand autism "puzzle" building a comprehensive strategy for neurological recovery in every spectrum child.

Isn't that something we all hope for? 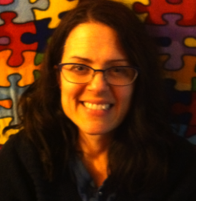 Heidi Ellis graduated with a BA in Spanish at the University of Toledo. She is an autism mom to 19-year-old, "Jim," has taught other ASD children in a one-to-one educational setting, and ESOL (English for Speakers of Other Languages) to adults. Among her passions are teaching, writing, and offering comfort to fellow autism parents while they navigate their child's condition. Her website, "Autism Hopefuls" can be found on Facebook.