Topics: Pushing the Envelope: Letters from Our CEO 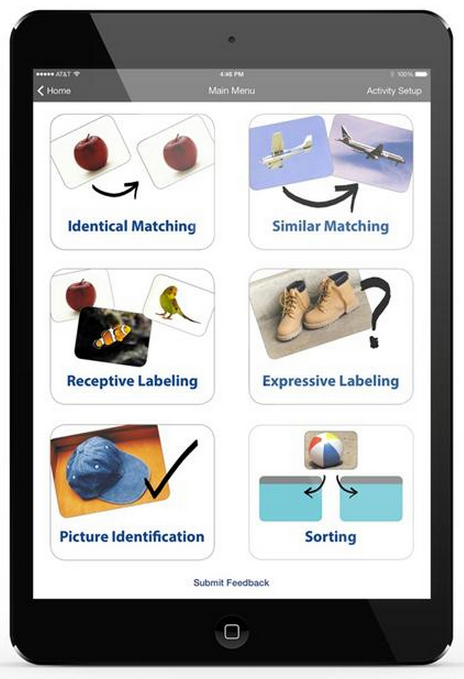 A Letter from the CEO: A Leap of Faith

It is such an honor to have an article about the launch of our new Stages Language Builder App in the Harvard Graduate School of Education News!

My relationship with the Ed. School started in the Fall of 2012 when I dropped everything, flew across the country, and joined up with a small cohort at Harvard called the “Technology, Innovation and Education Program” for a one year intensive Master’s Program. I had been out of school for well over a decade and was feeling a little in over my head as I transitioned from West Coast to East Coast and bought my first ever pair of winter boots!

My main goal while at Harvard was to learn how to create an effective App for the iPad that used Stages’ Language Builder Picture Cards and that also provided a simple to use structure for teachers and therapists to more easily provide Applied Behavior Analysis (ABA) therapy via an iPad. I had a set idea about how I wanted the Language Builder App to be designed, but one course at Harvard immediately upended all by plans. David “Dock” Dockterman’s course “Innovation by Design” provided a venue for collaborative group projects and taught us the iterative design and development process. As the course description promised:

“Be ready to learn, create, fail, re-create, and learn some more.”

And man did we fail… at least for the first 10+ iterations!

I had run Stages Learning Materials starting as an undergraduate at UCLA, and many of the decisions I made were mine alone in terms of how to run the company and how to develop products. I have always listened carefully to the people who use Stages’ products and always asked for feedback, but I had never had the luxury of taking months, over coffee and sometimes something stronger, of having lengthy product design sessions with other educators. Wow! What a privilege to work with some of the best educators from around the world.

After a great deal of trial and error – I am pleased to present to you – version 1 of the Language Builder App. Thanks so much to the gang at Harvard who were an integral part of its design: I couldn’t have done it without you!