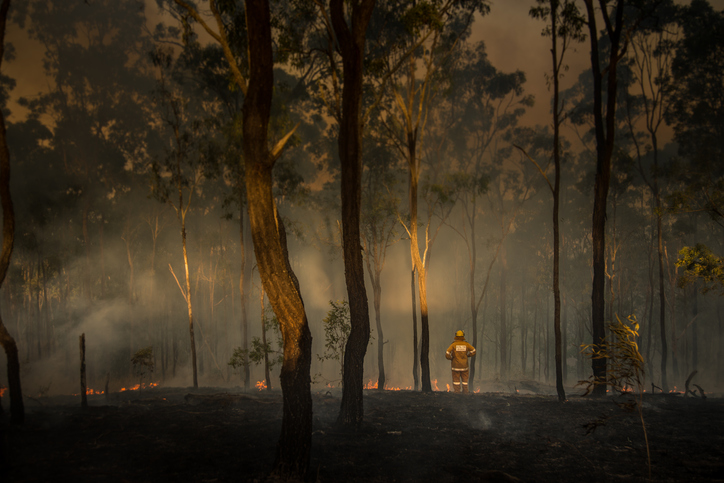 A Letter from the CEO: Rebuilding Paradise

Growing up just outside of Paradise – Paradise, California that is – we always knew that wildfire season was a natural part of the landscape. But even with that knowledge, no one ever expected that the most devastating wildfire in California’s history would end up coming to Paradise.

I was sitting in an EdMarket board meeting in Tampa, Fl when I received a CNN breaking news notification on my phone that a small mountain town in Northern California was on fire. I'm told by others in the meeting that my face lost all color and I abruptly left the room. Honestly, it's a bit of a blur for me, but I do remember the feeling like my heart dropped to the pit of my stomach when I read that the fire was in Paradise.

As the CEO of a company dedicated to serving the special needs community, and as someone who still had friends living in Paradise, following the news over the 17 day period that it took for firefighters to bring the fire under control was excruciating. Paradise, like many small towns in Northern California, has a large percentage of elderly people and people with disabilities and special needs. This kind of population requires careful evacuation planning specific to their needs and especially focused on helping people leave their homes when a fire starts.

For the Paradise Fire, despite the best efforts of community members, the speed with which it tore through the community made evacuation impossible for some, especially for those with disabilities. In all, 86 people died in what has now been named the “Camp Fire” and more than 10,000 homes have been destroyed. Many of those that died were disabled or older residents and likely did not own cell phones or cars and may have missed early alerts about the fire.

In one piece of good news, I was relieved to hear that California Vocations, Inc. (CVI) managed to successfully evacuate all 73 clients and 260 staff, though many of their program buildings have been destroyed and some staff have lost their own homes. CVI serves adults with developmental disabilities through day programs and residential care.

It will take a long time to rebuild Paradise and neighboring community Chico, but people in the community and around the country are already jumping in feet first.

Please join me in providing aid in whatever way you can. The Far Northern Regional Center has set up a Fire Relief Fund that is providing immediate help to those in need.

2020 Update: The Buttestrongfund.org was established in 2019 to continue to help the residents of Paradise and Chico rebuilt. They even have a beer created by the Sierra Nevada Brewing Company called “Resilience Beer!” The company has raised millions for the Camp Fire Relief Fund in a collaborative fundraising project involving more than 1,400 breweries worldwide!