From Disorder to Divergence: Charting the Progress of Perceptions of Autism 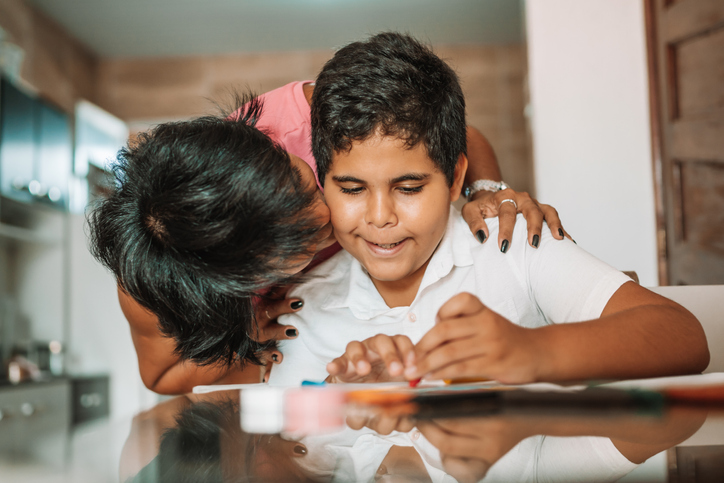 The dramatic shifts in societal views of autism from being a moral failing to a celebrated part of neurodiversity have not been linear or binary. These views have been mixed throughout time and can be divided into three main categories: the Moral Model, Medical Model, and Social Model.5

The moral model view of autism is an antiquated one that believes autism is caused by a moral failing of the family or individual. Whereas the medical model views Autism Spectrum Disorder as exactly what the name implies–a disorder, one which needs to be treated. Conversely, the growing neurodiversity-based social model views autism as a positive part of neurological identity with the ultimate goal of inclusivity.

Parenting and Autism Within the Moral Model

A variation within the moral model view of autism is that the responsibility for the child’s condition is on the parent, most often the mother.

Origins of this view can be traced back to the 1930s, where studies seemingly concluded that a mother’s style of parenting with balanced attentiveness and affection caused the development or prevention of conditions such as autism.2 Presently, societal views have since shifted from the “refrigerator mother” to the “autism mom” theory that attributes the functional outcome of a child with autism to a mother’s efforts and involvement in treatment for their child’s ASD.2

This model’s foundation in judgment can be extremely detrimental to both families and autistic individuals by focusing on individual blame rather than individual need. However, the spotlight on early child development and autism service interventions can aid in creating positive functional outcomes, similar to the medical model, when the results aren’t dampened by moral attributes.

Viewing autism traits as personal and intentional moral failings as opposed to neurological symptoms is not a new concept. This theory persists in modern times, with application being most notable in older individuals with autism who are deemed to have more agency in their actions than children.

It’s important to note, however, that objection to this moral model theory does not mean eliminating the need for personal responsibility and accountability. Rather, recognizing that there are inherent neurological challenges that may accompany autism, but it's healthy to work with them as explanations, not excuses, as explored in Kenneth A. Richman’s research on “Autism and Moral Responsibility.”

The benefits of this moral view are that it encourages personal accountability among people with autism and grants them the benefit of autonomy whereas the medical model does not. What this theory lacks, is that it ineffectively uses shame as a motivator instead of combining the symptom view of the medical model with the self-acceptance of the social model for optimal support. 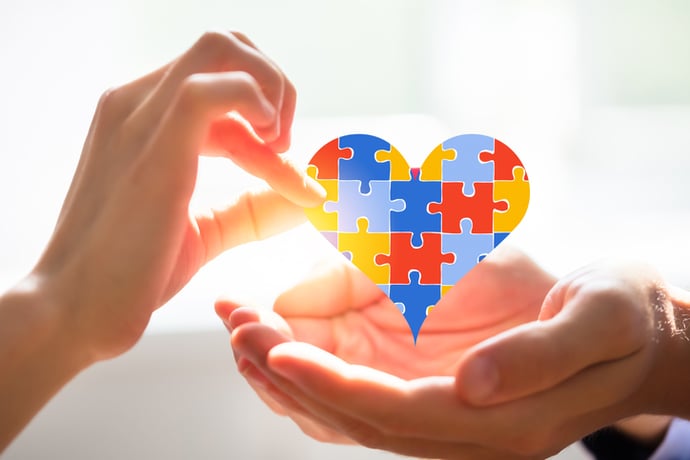 Pathologizing ASD in the Medical Model

Autism has been implicitly viewed as a disorder or medical condition starting with its inclusion in the DSM-III and continuing into the late 90s with autism genetic research.6 As a result, this neurological recognition absolves or reduces moral responsibility in the cause or symptomatology of autism.

This prevailing medical model treats ASD as a disorder in need of a cure due to its perceived neurological undesirability, and it also values the care guidance from professionals over clients themselves. Furthermore, this model sees research and professional accreditation as beneficial for the progression of science based on the acknowledgment that there may be aspects of autism that can create significant challenges, making proven medical interventions a potential asset.

Opposing social model views emphasize the priority of autism acceptance and client autonomy above treatment. Other views may similarly support neurodiversity, but also recognize the potential medical model benefits for the entire spectrum of autism presentation.

Further exploring the perception of autism traits as pathological symptoms, is its present-day manifestation through the treatment and therapy options that typically accompany an autism diagnosis.

These can include occupational therapy, applied behavior analysis, social skill training, and medications for co-occurring mental health conditions. This goal of improving functionality and building skills by targeting autism symptoms has persistently existed, but approaches have evolved over time to be more compassionate and client-centric, particularly with ABA.

The medical model sees autism traits as symptoms instead of moral failings, which has the positive effect of identifying effective strategies to work towards clients’ skills development. On the other hand, this approach can strengthen the stigma that autism is a negative disorder that needs to be cured, thus contradicting the acceptance stance of the social model.

Neurodiversity as the Modern Social Model

Self-advocacy, autistic culture, and identity-first language have evolved since the 90s to form the strong embracement of neurodiversity seen today.4

This model rightfully restores the voice of the neurodivergent community and encourages positivity for neurological differences. It doesn’t view autism as a moral failing or a medical condition, but as a valid difference to be respected and embraced by improved accommodation within the present neurotypical environment.

The neurodiversity model has different manifestations from the complete rejection of autism treatment, on the basis that it's not a disorder, to an inclusive view that values differences as well as the services intended to compassionately build skills.

Neurodiversity acceptance over awareness has greatly fostered the inclusion and respect of people with autism over time within workplaces, schools, and society. It’s what encouraged the development of outpatient services over institutions, as well as the creation of curriculums for autistic student support over non-inclusive education settings.

However, this model has also raised an ethical dilemma regarding treatment. This social model’s support for individual autism may discourage treatment and consequently fail to implicitly or explicitly acknowledge the varying levels of functioning within the autism community.

The more inclusive model variation recognizes that autism can be a beautiful part of someone’s identity that should be accepted by society, while concurrently being aware that there are families and individuals that may have great challenges originating from neurodivergence. This view holds that autism is a spectrum with varying levels of functioning, and that acceptance of both positive and negative aspects can coexist with neurodiversity advocacy and support services.

There is no “correct” way to view autism and everyone within the autistic community has their own stance.

Professionals and families can use these models to understand how to better support autistic people and, most importantly, use them as a call to action to include neurodivergent people in the conversation. It’s possible to use aspects of the medical and social models, and potentially the moral model, to provide compassionate, informed, and client-focused support.

Ultimately, the goal is for the autism community and profession to support neurodivergent individuals while fully embracing the advocacy essence of disability culture best described by the following phrase –“Nothing About Us Without Us”.

How can you apply these models to adapt your approach to autism services? Tell us your ideas and experiences in the comments section below.

Amairani Asmad is a freelancer with a Bachelor of Science degree in Rehabilitation and Human Services from Penn State. Her passion for helping people is motivated by her own experiences as a member and advocate of several marginalized communities. Amairani enjoys the positive impact of writing inclusive content and helping others using her education, personal experiences, and compassionate lens. Her goal is to continue learning while integrating her empathetic support for Neurodivergent, LGBTQIA+, and Latinx communities.