There has been a lot of talk about Autism Awareness and Acceptance through the years, and while we still have a ways to go, much has improved since my grandson was first diagnosed with autism in 2009. At that time, I knew next to nothing about autism, and I found out many others I met didn’t either. I set out to learn as much as I could and I shared what I learned with as many as I could, but one particular bullying incident made me realize how much more needed to be done to raise awareness and promote acceptance of diffabilities—especially among young children.

It was late summer, 2012. My grandson Logan and I had just moved to the West Coast from North Carolina, and the transition to first grade in his new school had been rough. There were so many new people, situations, and things for him to adjust to and process.

To counteract the stress of the new school situation, I’d take him to the playground after school every day. He loved it and would swing, slide, climb, and bounce to his heart’s content. Going down the slide, however, would sometimes create a little static, and give him a bit of a shock. He did not like it very much, but his desire to swoosh down always won out after he sat at the top of the slide for a while muttering and stimming to muster up the courage.

One summer day, after it took especially long to convince himself to be brave and slide down, I heard some commotion and saw him suddenly glide down very fast. He came running to me with tears in his eyes and told me one of the boys had pushed him and called him stupid.  The mom of the boy who had pushed Logan went over to talk to her son, and I overheard snippets of the boy’s explanation that Logan was “talking weird.”  I half expected them to come over to us to apologize when she looked in our direction, but instead, they left the playground together.

I comforted Logan, assured him that he is not weird or stupid, and then took advantage of this teachable moment to tell him that name-calling, hitting, and pushing are wrong, because it makes others feel very bad—just as he felt when that boy pushed him and called him names. I also explained that if this ever happens to him again, he should come and tell an adult right away, just as he had done.

This was the first time I witnessed Logan being bullied by another child his age, and it made me realize how important it is to start teaching kids respect and acceptance for those who are different at an early age. To this presumably 6-year-old boy, Logan probably did sound “weird” and the things he heard must have appeared “stupid” to him.  If he (and his mom) had known that Logan had autism, and what it was, would they have reacted the same way? After all, understanding is a crucial first step to acceptance.

In April 2013, Autism Awareness Month, I had a chance to find out firsthand when I was invited to visit four first-grade classrooms in a local elementary school to read my book, Autism Is…? and talk to around 100 children about autism. I wanted to make the most of this opportunity, so I searched the Internet for the best articles on how to explain autism to young children. I found some tremendous books and resources, not the least of which was a blog by a mom of a child on the spectrum.* How she answered questions and explained autism and some of its characteristics to fourth-grade children was priceless, so I asked her if I could adapt her approach and included it and other information, along with some props to illustrate it, into my presentation, which I called…

Let’s imagine for a moment that our brains are like appliances. Most people’s brains in our make-believe world are toasters, but the brains of people with autism are hair dryers.  Both toasters and hair dryers are very wonderful and useful appliances, but hair dryers can’t make toast, and toasters can’t dry your hair after you take a shower.

It is important to remember that each person is useful and important, whether he or she has autism or not, and that we all have unique qualities that make us special.

2, Why do kids with autism sometimes talk a lot, or repeat the same thing many times over?


Have you ever had a favorite song that was stuck in your head? For most of us, once it’s stuck, we will end up singing it out loud at some point. We like that song, and singing it makes us feel good. Kids with autism, with their brains wired like hairdryers, learn to speak in a different way than toaster people. Toaster kids learn to say a few words at a time, but hairdryer kids often learn many words that get stuck in their heads before they can speak. Then when they start speaking, they just have to say them—sometimes not in the right order, or sometimes many times over. It makes them feel better, just like you feel better when you sing that song that was stuck in your head.

3. Why do hairdryer kids move around so much?


Kids with autism feel things differently and often much more intensely than others. Did you ever sit so long in one place that your foot fell asleep? To get the pins-and-needles feeling to go away, you had to move and wiggle your leg around. Well, what if your whole body felt like that, and then someone came along and asked you to do your math? It would be hard to concentrate, wouldn’t it? This is what kids with autism feel like when they sit in one place for a long time. They have to have a movement break so they can concentrate on their work again when they sit back down.

4. Why do kids with autism cover their ears sometimes?


Many kids with autism are very sensitive to sound. If someone is whispering in the corner of a room, you might still be able to concentrate on your homework. But what if the same people were shouting in your ear? That’s what whispering may sound like to kids with autism, and why you might see some of them use noise-reducing headsets. Some kids with autism can react to noise by covering their ears. Sometimes they even react to the possibility of noise by covering their ears, just like some toaster kids might cover their eyes in a scary movie when they think a scary part is coming. 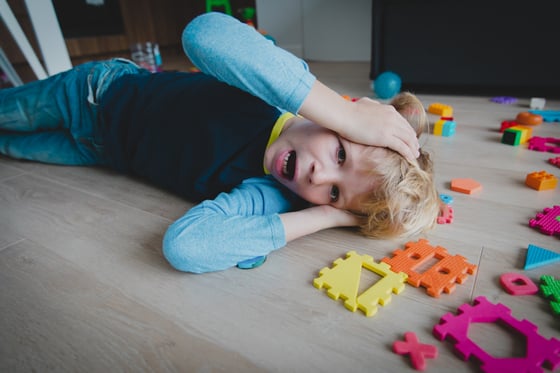 5. Why do kids with autism often need extra help?


Remember that a person with autism may have a hard time talking with people and understanding what they are saying. Imagine yourself in a place where all of a sudden everyone starts speaking in Dutch, and you are the only one speaking English. You wouldn’t understand anything and you’d feel quite lost, wouldn’t you? Now imagine someone coming up to you that speaks both Dutch and English, who offers to translate for you. Wouldn’t you feel relieved? That’s how kids with autism feel sometimes. They don’t understand everything that is going on around them, so they have people who act sort of like translators and guides in an unfamiliar world. They appreciate their help, and sometimes they become very attached to these grown-ups.

6. How can I be a better friend to someone with autism?


The best thing you can do is accept them into your circle of friends, and make them feel they are important to you by hanging out with them. You can also find out what they are interested in, and talk with them about those things. When you ask questions, you may also need to give them some extra time to process what you are saying before they respond to you.

8. Do kids with autism know they are different?


My grandson asked me, “Autism is…?” when he was just 5 years old. He heard people talking and use the autism word, and he knew it had something to do with him. That’s when I wrote the book, Autism Is…? for him in which I explain to him what autism is. I told my grandson that he has autism because I wanted him to be familiar with the word so he won’t be surprised by it one day when he is old enough to fully understand what it means. 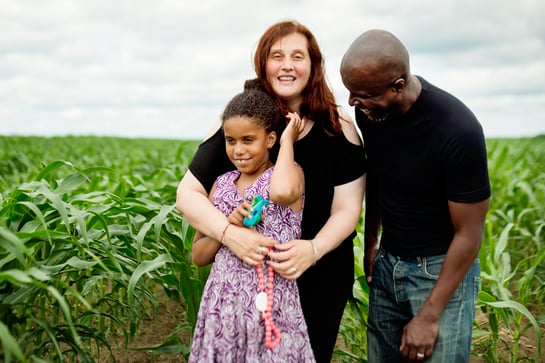 9. What is the most important point to remember?


We have talked a lot about the differences between toaster people and hairdryer people, but the most important point to remember in all this is not the fact that kids with autism are different. The crucial point is that we are ALL a little different from each other—each in our own way—and the most important thing is to be happy about that and appreciate each other just the way we are.


The best way to help kids with autism is to embrace differences, your own as well as those of others. And the best way you can do that is to let your differences show and be proud of who you are. Listen to each other. Learn from each other. Create a community where it is okay to be unique or different. If you take this with you for the rest of your life, it won’t just help people with autism—it will help everyone!

The kids’ questions and reactions after my presentation were precious, and clearly demonstrated that awareness will make a difference. Quite a few children had siblings, cousins, uncles, or aunts on the spectrum. One girl shared that her uncle has autism and only makes noises. “Many people call him crazy,” she said, but after our session, she promised not to call him that anymore. Others shared that now that they understood why some children act different, they will be kinder to them. Several of the teachers came up afterward also, to thank me for coming—and to tell me that they, too, had learned something new.

I hope that you will share these “10 Things” with the children in your life, and that they will not only be remembered and create greater understanding, but will also move children (and adults) to put awareness into action by drawing a circle that includes, accepts, and respects others, especially those whose brains are wired differently—like the hairdryer people.

* Special thanks to MOM-NOS for her excellent series of private blog posts from which I drew for my classroom presentation and the above article. 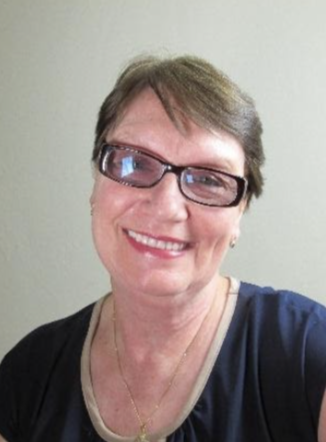