Strategies for Responding to Rude Comments About Your Child’s Behavior 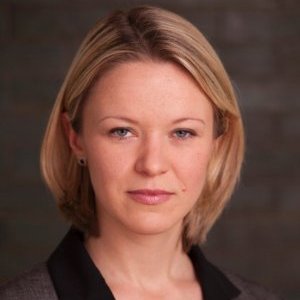 *Print out out Free Card to give to a stranger when your child is having a difficult time in public.

The “Five W’s”: Choosing when to be an ambassador for autism and when to walk away

Children with autism and their families often find themselves in uncomfortable situations during encounters with strangers. Despite much more widespread awareness about autism, strangers can be outright rude, insensitive, or simply ill informed. Any parent wants to step in and defend their own child, but for parents of children with autism, there often is an even stronger desire to defend and protect their child. These psychologically demanding public encounters with strangers are confusing, hurtful, and stressful for parents and children (Ryan, 2010).

Because it is not immediately obvious whether a child is simply misbehaving or is displaying the disruptive characteristic behaviors related to autism, combined with the lack of public understanding of autism symptoms, children with autism are a frequent target of negative comments from strangers (Gray, 1993, 2002).

Here is one illustrative example of a parental reaction to rude comments:

“When they see…a completely normal looking child who looks to have nothing wrong with him, just being disobedient and they think ‘Can’t you control your child!”(Gray, 1993).

There are several options to choose from when you find yourself in a challenging encounter with a stranger. Before making a decision on how to respond to a rude or inappropriate comment from a stranger, try engaging in a quick though careful assessment of the situation.

Use the “Five Ws” approach, where answering five simple questions about the situation - What, Who, Where, When, and Why – will help you decide on the most appropriate response.

What. The first question is what exactly is being said to you. When researchers examined the effects of public stigmatization on families, they found that most parents reported feeling hurt by behavior such as staring, whispering, directly and disapprovingly asking “What is wrong with him/her?”(Gray, 1993). In a follow up study a decade later parents most frequently mentioned social avoidance, inappropriate staring and rude disapproving comments (Gray, 2002). Identifying and explicitly naming the other person’s behavior is a crucial first step in your assessment.

Who. Carefully and quickly assess with whom you are speaking. Is this person an adult or another child? Does this person seem capable of revising their views and receptive to listening to your response right now? What is their emotional state and how might it affect their behavior? Be wise and reflective, but stay firm and bear your child’s best interests in mind. The more you understand about the other person, the more successful your conversation with them will be.

When. Do you find yourself in a hurry to a doctor’s appointment or are you leisurely strolling through your town on a Sunday afternoon? What are your priorities at this time? Does the timing seem right to actively engage with the stranger and fully address their comments? These are important considerations before choosing your response.

Where. Be aware of the physical surroundings where situation is unfolding. Are you in the crowded subway station or in the peaceful park by the lake? Take notice of who is around: do you have a supportive network of other familiar faces, are there other parents nearby or are you surrounded by strangers that seem unfriendly? Is anyone else aware of the situation, do you have the witnesses of the encounter? Is the person you are confronting still facing you or if not, are you in a position of bringing them back to engage in an intelligent conversation with them?

Why.  And finally, it’s crucially important to understand the person’s motivations and intentions. Is the person intentionally being rude or simply being ignorant of what impact their words may have on you and your child? Is the person making some sort of an accusation and feels entitled to it for whatever reason? What are the underlying beliefs that guide their behavior, such as religious views, cultural paradigms, and biased opinions? In other words, you may encounter the person who has never met anyone with autism and has no idea of and biased is, or, as an opposite example, a doctor deeply believing they are sufficiently educated to be able to inappropriately comment on something in your child’s behavior. It may be that the person is from a country where people diagnosed with autism are treated differently than what you are used to in the U.S. It may be that the person has been personally affected by autism and this caused them to form opinions that are unacceptable to you. 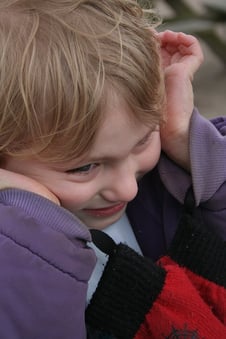 Identify what lies at the core of the comment the person made. What domain is really responsible for the comment made here, e.g., lack of knowledge, judgment, rejection and lack of support? (Broady, Stoyles, & Morse, 2015). ‘Who’ is really speaking here: ‘Ms. Ignorance’, ‘Mr. Hatred’, Ms. ‘Indifference’, ‘Ms. Misinformation’, or maybe Mr. ‘Pain and Suffering’? Knowing this will help you decide on how best to respond. It is possible that someone has had a personal painful experience involving a person with autism, or was severely misinformed about the disorder or the diagnosis in the past, or even has a relative with autism and wasn’t yet able to adapt to it with acceptance and dignity. The point is – prior to becoming emotionally engaged in your response, figure out what you are actually dealing with. This will help you stay on top of the game, collected and rational.

In essence, your job is to effectively judge if the comment being made is in fact ‘rude’ or comes out of an innocent ignorance and then, given all the information about the situation, decide if you are better off just ignoring a rude comment rather than providing information about your child’s behavior. We hope that the Five W's approach proves to be a useful framework helping you recognize teachable moments when appropriate while bearing in mind your child's best interests.

Another relevant and powerful tool we want to recommend is exemplified by the program designed for children who have been adopted and their families, called "W.I.S.E. Up!". The program enables both parents and children to handle uncomfortable questions and respond to insensitive comments they sometimes receive from strangers. The proposed model is empowering as it is “based on the premise that adoptive children are wiser about adoption than peers who are not adopted” (Singer, 2010). Thus the acronym W.I.S.E. stands for the four behavioral options: 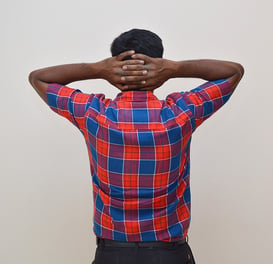 Similarly, as a parent of a child with autism, you may feel these four choices make a lot of sense. If your situational assessment allows for the opportunity to engage with the person making a rude comment, you may choose the suggestion to “share what you are comfortable sharing” (e.g. “my child has autism, that means he sometimes makes noises but doesn’t speak” or “having autism, my child gets very stressed out being in a noisy and crowded public place and it’s harder for him to calm down”). If you go even further and feel that the educational opportunity option is right for you, make it your mission to provide accurate and clear information. What is great about being in this active role is that it allows you to be in control and set the tone, and quite possibly make a difference in this stranger’s beliefs. And we hope you find yourself relieved and empowered by taking on the role of the ambassador and educating others who lack the knowledge about the subject.

Many parents interviewed by researchers report believing that others view children with autism as “unintelligent, undisciplined and rude” (Gray, 2002). Another researcher focused on exploring the challenges parents face specifically when taking their children to public places. The emotion regulation strategies employed by parents have been shown to “mask their turbulent feelings in public encounters,” which certainly adds to the overall stress and discomfort that families experience (Ryan, 2010).

In the most recent study aimed at understanding the experiences of families with an autistic child, researchers identified four domains of stigmatizing experience (Broady, Stoyles, & Morse, 2015):

Behaviors from all four domains were reported to occur at school, in public places, with family members and with friends. Importantly, it was found that those parents who tended to experience stigma in one context, also experienced it in other situations. Cumulatively, research points to the need to help those parents develop strategies to effectively deal with experiences in ever changing life situations.

Here are a few more resources of interest on this topic for support and inspiration:

Marina Ebert is a researcher in the field of social cognition and child development. She is currently a Leverhulme Trust Doctoral Scholar at Lancaster University, UK, pursuing a study of in infants' development of the theory of mind and social communication. Marina also continues her graduate work at the Harvard Graduate School of Education concentrating in Human Development and Psychology. Marina’s most recent research positions were held at the Harvard Lab for Developmental Studies and Yale Center for Emotional Intelligence.